Nothing lasts forever, even the best things. Yesterday, after an amazing 74-year run, Kodak announced that it would retire Kodachrome slide film. Undisputed as the most famous film stock ever created, Kodachrome was loved for its rich, true to life colors and shot for decades by professionals and amateurs alike. Many of the world’s most famous photographers were shot on Kodachrome. It was, of course, even given iconic status in 1973 by songwriter Paul Simon, who sang to us about “those nice bright colors,” and “the greens of summer.” For so many years, the word Kodachrome was synonymous with serious photography, but with the incredible advancements of digital cameras these days, we all probably knew that it’s last day would come sooner than later- we just didn’t want to actually see that day.

It can be said that Kodachrome was born from a collaboration by Man and God. More specifically, it was invented by in 1935 by Leopold Mannes and Leopold Godowski, two musicians who were working with Kodak. Although Kodachrome was the first commercially successful color film, it actually consisted of of three black and white emulsions. The color comes from dyes that are later added in the developing process, a process that too complex for the amateur darkroom enthusiast. In fact, even in its heyday, only a few labs around the country had the facilities to develop Kodachrome. As of today, only one remains.

Kodachrome made you a better photographer, because of its very limited latitude. You either nailed the exposure or you didn’t, which was why bracketing was so important in those days. It was a special film, and it took awhile to learn how to get the most out of it. The more rolls you shot, the more you got to know the film and it’s characteristics. It took time, and effort, but you were rewarded with near perfect results from its incredible clarity and unmatched sharpness.

There was also a special magic about it, because you had to send the film away to be processed, and therefore wait to see your results. There was no such thing as instant gratification with Kodachrome. At best, turnaround was a couple of days, sometimes a week, which only fueled your anticipation as you waited to see how the photos came out from your last shoot or from your recent vacation.

Ironically, even though Kodachrome has the highest archival life of any slide film, it doesn’t always scan well on consumer-grade digital film scanners. With its unique emulsion makeup, many scanners have problems rendering a sharp, color correct scan. Even with special color profiles, software plugins and some post processing in Photoshop, it can still be challenging to get accurate results.

Like millions of other photographers, I got my start shooting slide film with Kodachrome and burned through countless rolls of KM25 and KR64. When I turned pro, I stuck with Kodachrome, if for nothing else, for it’s long lasting archival quality, which was said to be over five times as long as any of the E-6 films. I used Kodachrome almost exclusively until the mid 90’s when Fuji Velvia began to take hold. I wasn’t the only one, and in fact, during that time, many pros made the exodus to the Velvia. It was probably the beginning of the end for Kodachrome, but with many photographers, it still had its place. I think I still even have a couple of rolls left, stashed in the back of my freezer, and I’ll safely wager that I’m not the only one.

We will always remember what magic all those little yellow boxes and black and gray plastic film containers represented, for as we opened up each roll and loaded it into our cameras, we could only wonder what kind of great imagery we would capture on it. Kodachrome was photography and it made us what we are today. It deserves the most fond of farewells.

“Mama, don’t take my Kodachrome away.”

Thank you for all you that have given us and goodbye.

Read a Kodak tribute to Kodachrome. 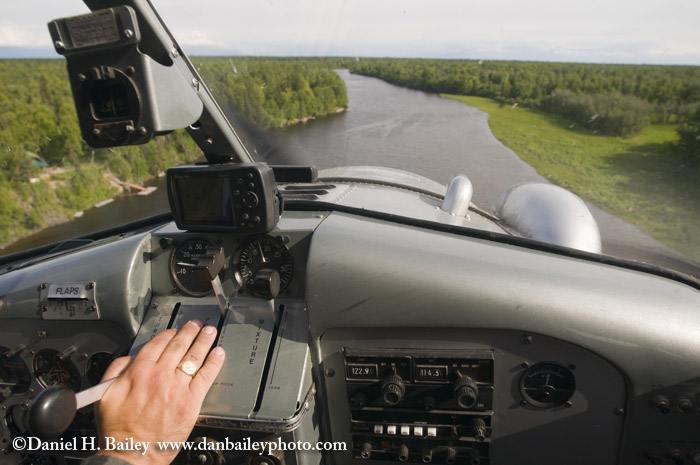 Bush flying, Alaska. Coming in for a landing in a DeHavilland Beaver float plane. 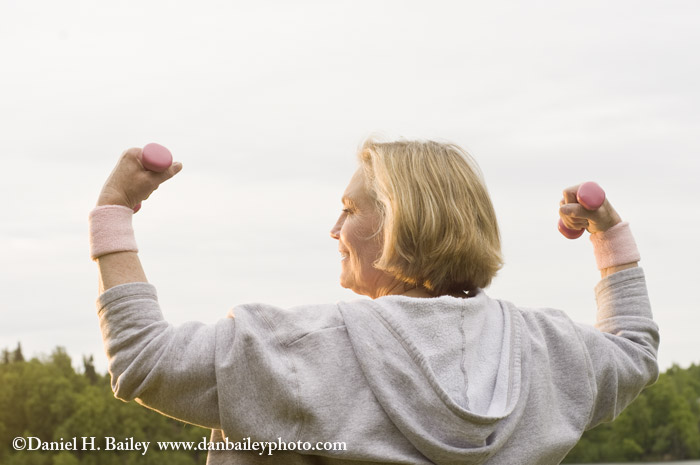