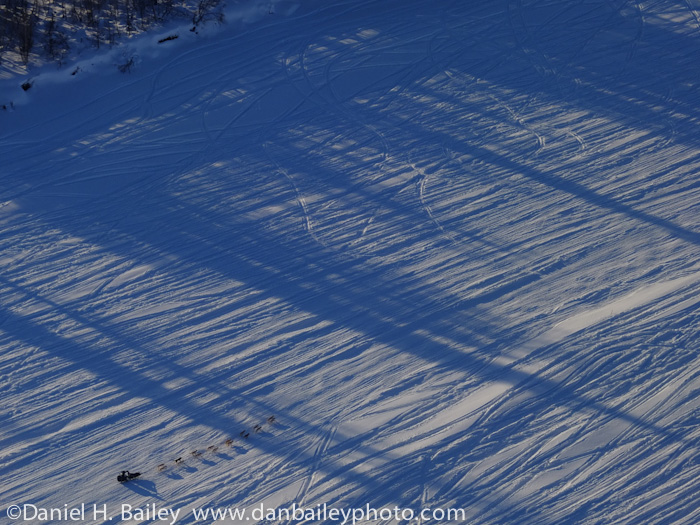 Yesterday was the official start of the 2012 Iditarod. Since I had the day off, I flew up to Willow to watch some of the mushers take off, and then watched from the air as the 66 dog sled teams worked their way across frozen swamps and onto the Yenta River as they make the 1,000 mile journey to Nome. After spending a couple of years shooting for Jeff Schultz as an official Iditarod Photographer, it was rather nice to leave all of my Nikon gear at just walk around with my pocket sized Fuji X10 camera.

Spend a few days checking back on the site, and you might actually find yourself with Iditarod Fever!! 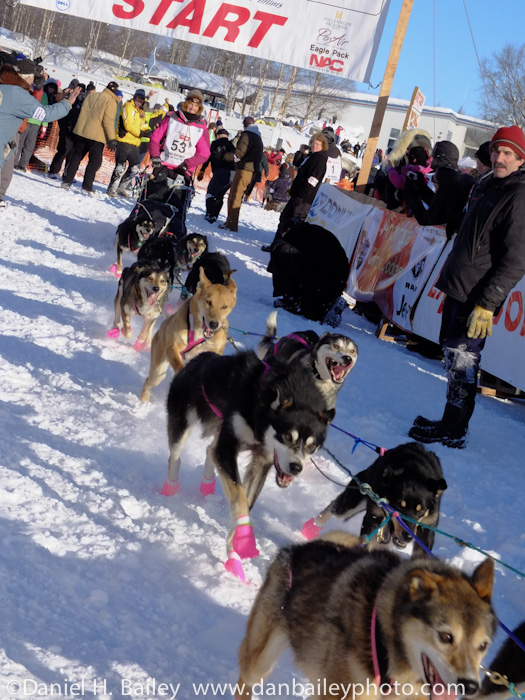 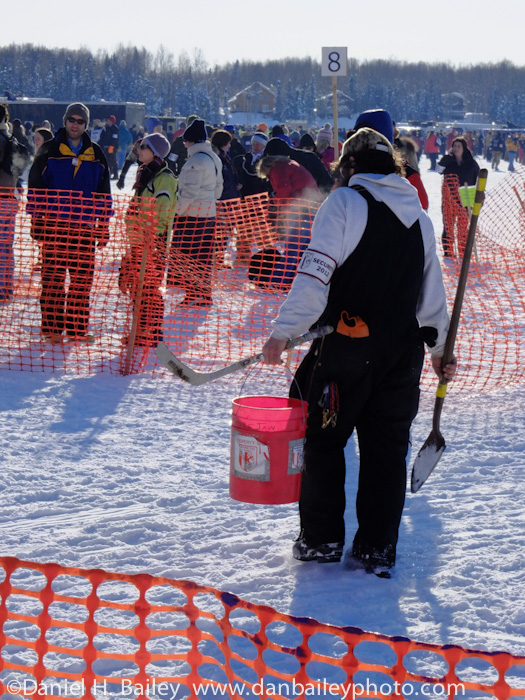 Let's hear it for the guy who picks up the Idita-poop!

March is a big month for sled dog racing in Alaska. Between the Fur Rondy World Championship Sprint races, which are held here in Anchorage, and the Iditarod, there is more than enough mushing to go around. After nearly getting run down by dog teams on the first Friday due to a lack of appropriate trail markings… ok, so it wasn’t that close, I went out with a fresh set of flash cards and batteries and shot the Fur Rondy Sprints as they raced past Anchor Park.

All went well, except that at one point, I ended up crowding the shots of another local photographer, Britt Coon. (www.akbritt.com) I had seen her about a hundred feet down the trail wearing an orange vest, but didn’t know that she was also taking pictures, and… well, here’s a shot of me lying right in her frame as we both work to capture an oncoming sled. *oops, sorry about that, Britt. Really nice shot, though!*

Then, the next weekend, I was hired by the Official Iditarod Photographer, Jeff Schultz, to help shoot the start of the 2010 Iditarod. The Ceremonial Start is held in Saturday in Anchorage, which is when the Iditarider sponsors get to ride through town on the sleds with the mushers. The official restart takes place on Sunday up in Willow, when the mushers actually take off on their 1,049 mile trip to Nome. It’s always exciting to watch the champion mushers like Lance Mackey and Jeff King go by on their sleds, preparing to battle it out for the win.

Jeff Schultz, who also owns Alaska Stock, has been photographing the Iditarod for 30 years, and so I was pretty excited to have the opportunity to shoot the event for him. You can see the complete collection of photos that I shot of the Ceremonial Start at www.iditarodphotos.net . 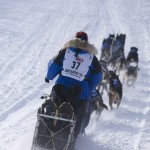 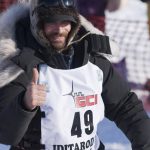 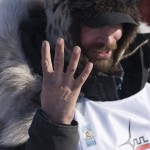 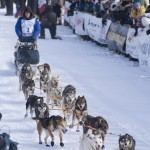 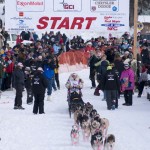 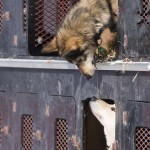 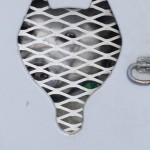 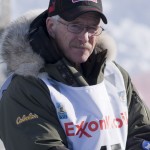 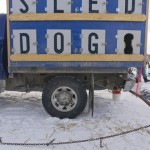 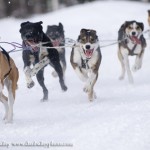 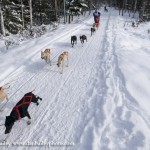 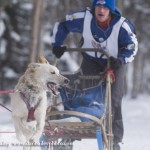 This past weekend, I shot the 2009 World Championship Sled Dog Sprint Race here in Anchorage. Rather than fight and jostle with all the crowds downtown, I found a nice, secluded empty spot on one of the ski trails and shot the mushers as they raced past with their dog teams in near silence underneath a heavy snowfall. It was a very magical experience! Here are a few shots of the race as they cruised past me on the Chester Creek Trail. 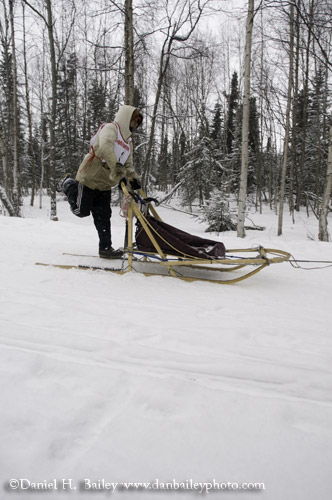 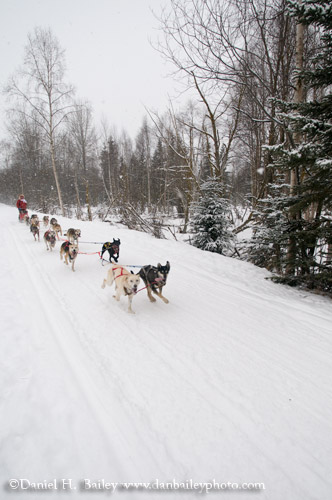 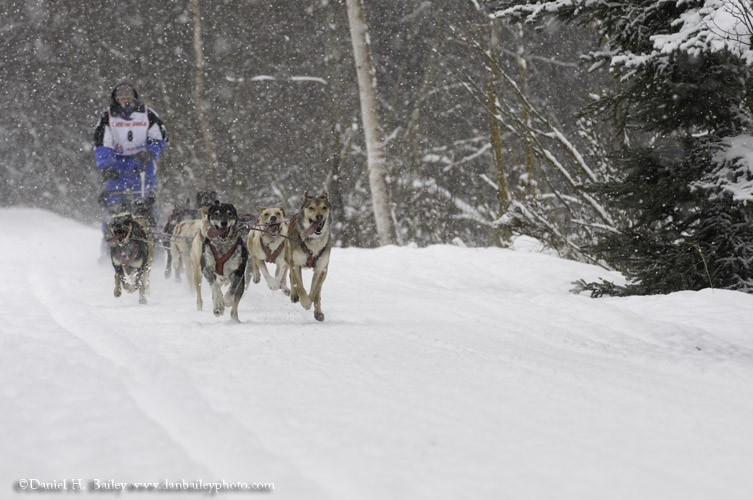 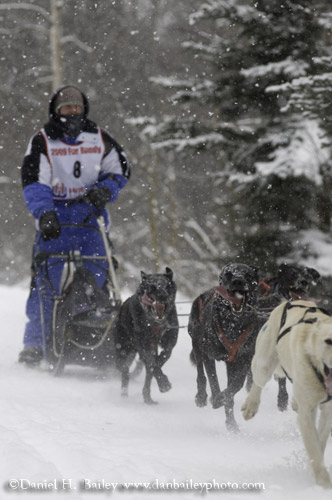 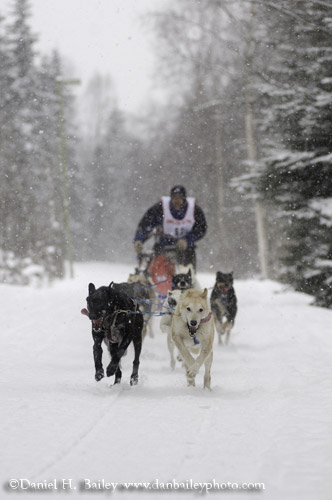 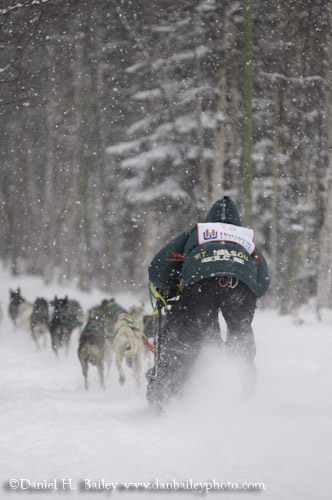