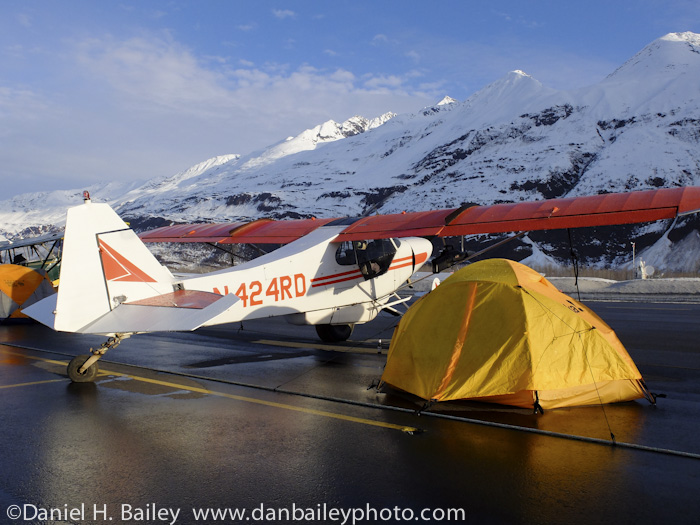 Early morning photography is always a pleasure. After all, there’s something to be said for being right there out in the open when the dawn breaks and reveals your first view of the sun. It makes you feel productive, like you’re not wasting a single second of the day. Another nice thing is that it’s often very quiet and still during the dawn hours, which means that you’re alone with your thoughts, your equipment and your creativity.

From a photography standpoint, shooting under morning light can be extremely rewarding. If the sky at the horizon is relatively clear, the sun will splash bold, beautiful and direct light on your scene. Just like at sunset, everything looks better when you shoot it at sunrise.

However, the intense warm light of sunrise doesn’t always last as long as it does during the late afternoon, because since there are fewer dust particles in the atmosphere at daybreak, simply because all the people who kick that stuff up into air have been asleep for the past 6-8 hour. Don’t get me wrong, it’s still good, it’s just more short-lived.

This means that when you’re shooting in the morning, you might want to pick our your subjects beforehand so that you don’t have to go hunting when the light is the best. That said, there’s also nothing wrong with just wandering for a while with your camera and seeing what unfolds. I do it all the time. 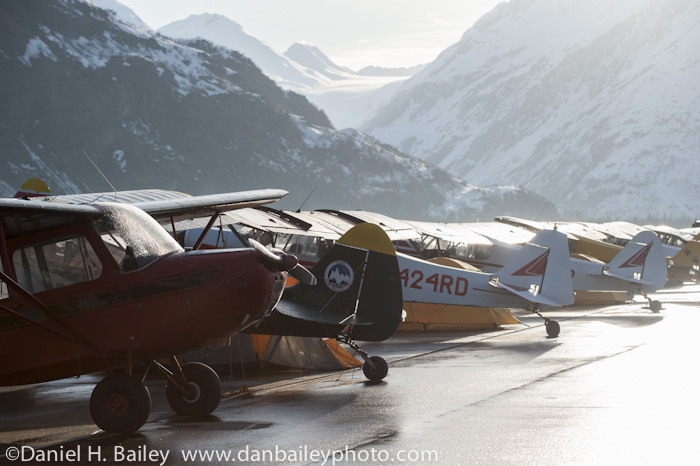 Remember, even when you find a great subject, keep looking all around you, even directly behind you, and try to be aware of what the sun is doing to other parts of your scene. There have been plenty of times when I’ve been confidently shooting a scene and then realize that the effects of the light 180 degrees behind me are just as interesting, if not better than what I’m looking at.

Here are three photos that I shot at sunrise last month at the Valdez Air Show here in Alaska. All three images were shot just a few minutes apart from each other with the Fuji X20. For the limitations that are inherent in a small sensor camera like this one, the X20 performs superbly well in good light. In other words, the better the light, the better and sharper the X20 is able to render subject matter.

This is pretty much true with any camera, though, which is another reason that you’ll always want to hunt for the good light. 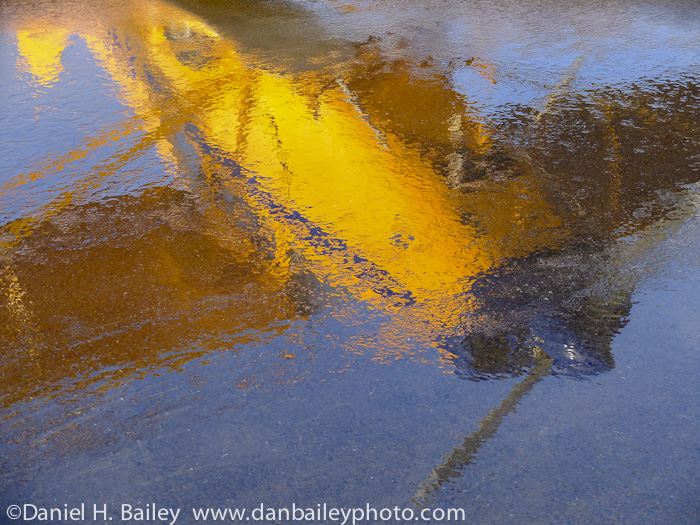 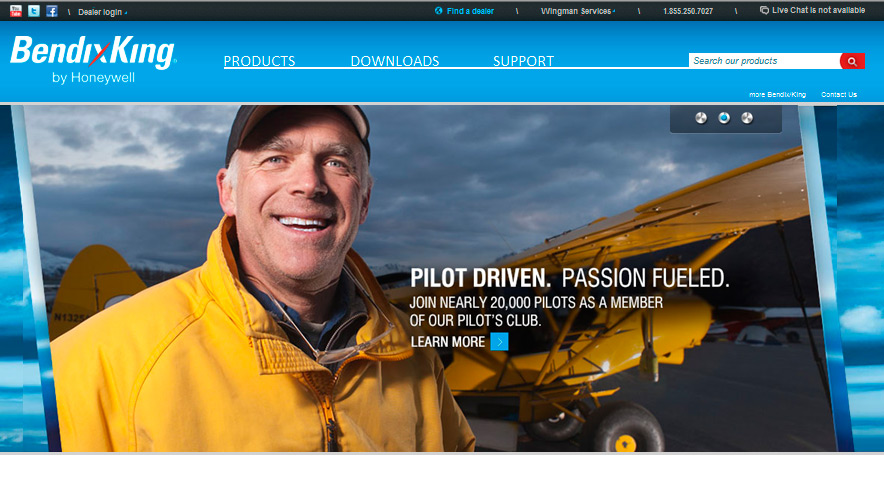 I’m excited to have a brand new client. Bendix/King is an aviation related company that’s been making radios and navigation equipment for decades. In fact, I’ve got an old King KX 170B nav/com with the white number click dial in my little yellow Cessna. I have no idea how old the thing is, but it still works fine.

The folks at Bendix/King found some of my Alaska aviation photography on the web and they contacted me directly. They’re featuring one of my images on their brand new website and they expressed interest in continuing to use my imagery in future projects as well.

The photo that they chose is one from my bush pilot portrait series that I shot a couple of years ago at the Valdez Air show. It was shot with a Nikon D700 camera, a Nikon 24mm f/2.8D lens, two Nikon flashes and a Lumiquest Softbox III flash diffuser. You can see a detailed behind the scenes post about this photo here.

Big thanks to Bendix/King for using my imagery, and I look forward to building a strong relationship with them in the coming years. 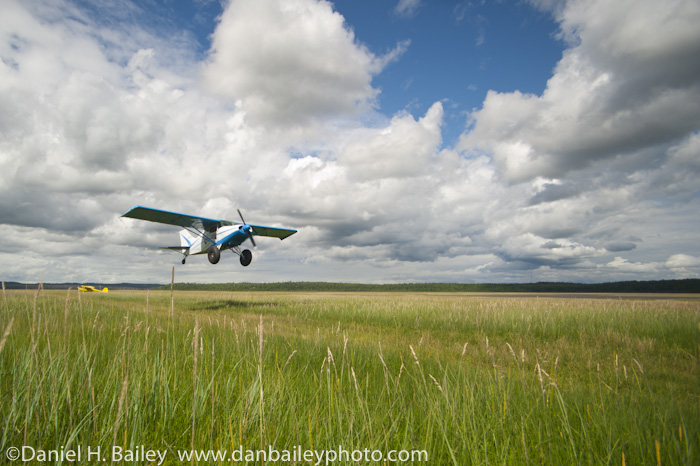 As photographers, we’re so dependent on the sun and thus always so mindful of where it is and where it will be at any given moment. Especially on those bright sunny days when it’s strong, direct rays light up our subjects with the kind of brilliance that makes colors pop.

However, as much as we love the sun, we also love those really cool Simpsons style clouds that fill the sky with added interest and make the scene that much more interesting and dynamic than if we just had a field of solid blue in the background.

Of course, when you have clouds, you inherently have periods of time when the dun dips behind them. You know how it goes:

Don’t forget though, that slight overcast is perfect for closeups and portraits. Clouds are the worlds biggest softbox. When the they roll over the sun and take away your brilliant light, move in close and shoot a few portraits or detail shots that work better without the harsh shadows. Then, when the sun reappears, continue with your original creative ideas. Or better yet, explore new ones.

Being a successful outdoor photographer means being adaptable when the light or the situation changes. You can plan for a specific composition and have it all go out the window when the scene doesn’t unfold exactly as you hoped or thought it would. Look around. Be a photographic Jedi, be mindful of your surroundings and come up with a different idea based on the parameters of the new situation.

This entire series unfolded based on adaptation. We took off in the rain and just kept flying west until we found the sunshine. Then, after landing on this great little grass strip and shooting some photos of my friend Chet and his Maule M5 in the afternoon Alaska sun with the wide angle lens, one of those huge clouds rolled on over. I quickly changed to my 50mm f1.8D lens, ran up close and shot the photo at the bottom.

It’s nice and simple, it still has some compelling drama with the cloudy background, and there is no squinting, like there is in the second to last shot. It was all about thinking and acting quickly.

Stay tuned for my next blog post, when I explain how to get 200 horseflies out of your cockpit after you forget to close the door to your airplane. 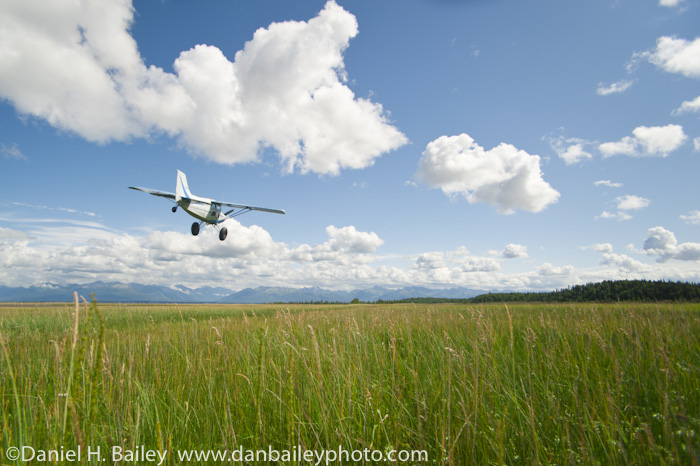 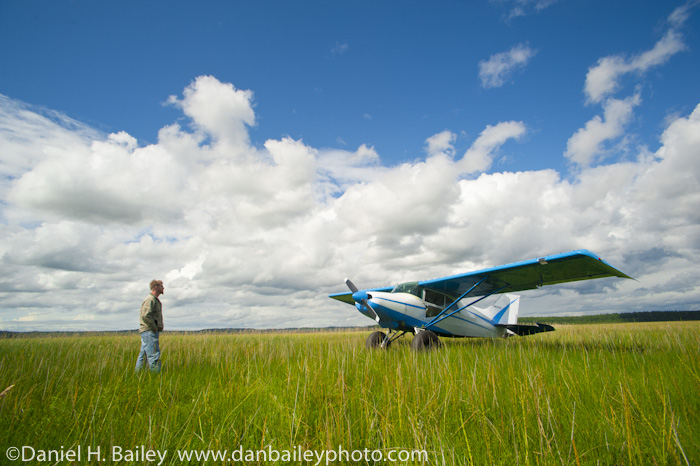 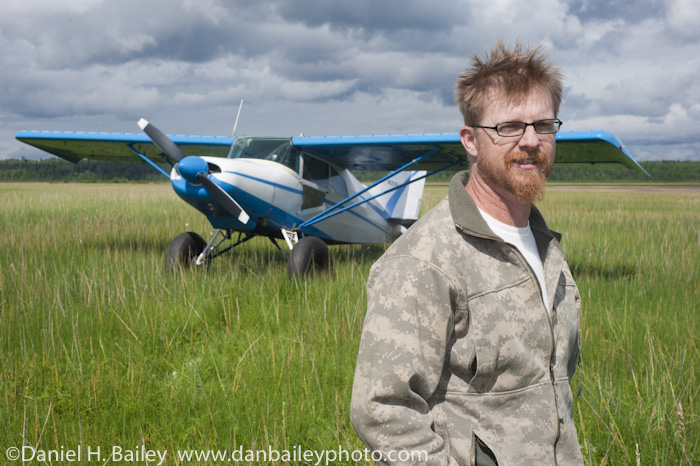 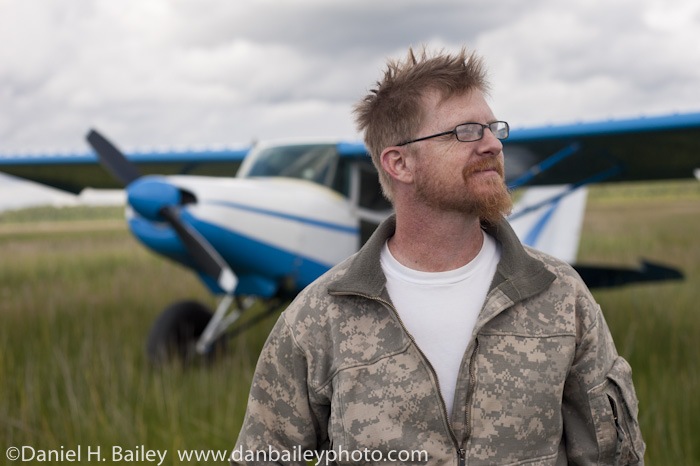 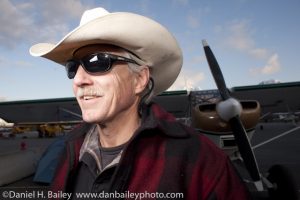 Just like everywhere else, here in Alaska, fishing with a fly rod is called “fly fishing.” Fishing in a place that you can only get to by bush plane is commonly referred to as “fly-in fishing.” I’m not sure what … END_OF_DOCUMENT_TOKEN_TO_BE_REPLACED

Last weekend, I flew with a friend down to Valdez, Alaska for the annual May Day Fly-In, which was a really great opportunity for a new pilot like me. Aside from being able to shoot lots of airplane pictures, I … END_OF_DOCUMENT_TOKEN_TO_BE_REPLACED