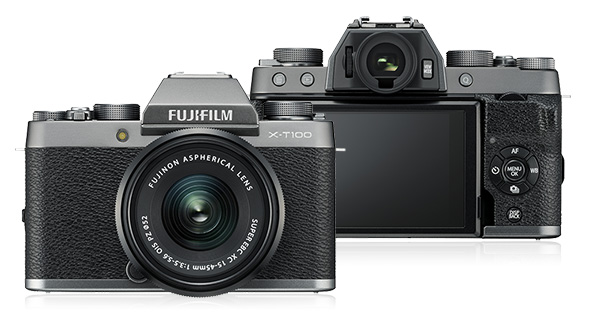 The Fuifilm X-T100 has just been released. It’s the new “entry level” X Series model, and it’s gotten a lot of favorable press, largely due to the fact that it’s a darling little camera. It also has many of the creative modes and features that are found on the higher end X Series cameras, which makes it the perfect introductory camera for budget minded photographers who want to get into the Fujifilm system.

In my mind, the X-T100 is the camera that Fuji should have come out with a few years ago. I just think it offers photographers a better user experience than you get with the X-A5 and the previous X-A models

That said, the X-T100 and the X-A5 are very similar in many ways. In fact, with regards to specifications and performance, they’re nearly identical. So what’s different? What does the additional $100 get you on the X-T100?

Let’s do a quick comparison of the X-T100 vs. the X-A5 and see which one might be more suited to you. 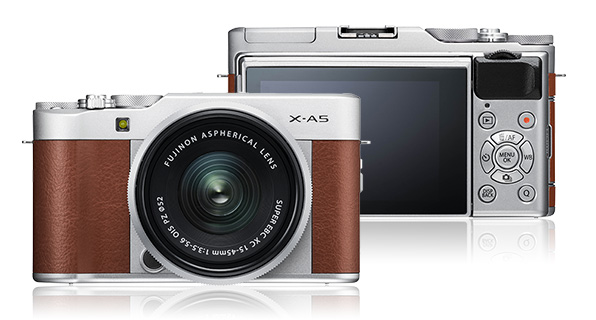 Both the X-A5 and the X-T100 have a 24.2 MP CMOS sensor that shoots 6000 x 4000 pixel images at full size, (they’re the only current models that don’t use the X-Trans sensor), they both feature 11 Film Simulation modes, (no ACROS), they both have focal plane and electric shutters that can expose from 30 seconds all they way up to 1/32,000 second and they have the same AF system, with Single, Zone AF and Wide Tracking.

Both cameras have the ADV Filter modes, including Toy Camera, Miniature, Dynamic Tone and Partial Color, they have all the same exposure modes, including PSAM and Full Auto Scene Recognition, all th same menu settings and functions, and they can both shoot video in Full HD and 4K.

Both the X-T100 and the X-A5 have the same image processor, although it’s not the X Processor PRO chip that’s found in all the higher end models. However, the X-T100 is built with more internal memory, because not only can it record longer video clips, it has a larger buffer.

In addition, the X-T100 reportedly has a newly developed autofocus algorithm, which is said to offer faster, more precise focusing. Although I haven’t tried it yet, my guess is that autofocus on the X-T100 will be faster and more accurate than what the X-A5 offers.

With regards to image quality, both the X-A5 and the X-T100 will produce excellent photos. Since they utilize the same sensor and processor, there will be no difference in quality, color or sharpness. Slap one of the razor sharp Fuji primes on either body, and you’ll get even finer resolution and clarity.

This is where the two cameras stand apart. Although the X-A5 is quite stylish with its rounded contours, silver chassis with either brown, black or pink faux leather trim, and the “selfie mode flip screen,” it still looks a little “consumer-ish.”

The X-T100, on the other hand, looks, feels and handles more like the upper level X Series models. The main difference is that the X-T100 has a viewfinder. The X-A5 doesn’t. Sure, this makes the X-A5 a little less compact, but I imagine that most photographers would find a an EVF to be a worthy tradeoff.

Being able to put the camera up to your eye and look through a viewfinder just feels more immersive. In addition, an EVF is much easier to see when you’re shooting in very bright sunlight.

Also, like the X-T20, the X-T100 has anodized aluminum top and bottom plates, and it comes with a small detachable grip that offers slightly better handling. The X-A5 also has a metal top plate, which is improved over the earlier X-A models.

In addition, the X-T100 has a three-way tilting LCD screen that gives you much more flexibility when you’re shooing difficult angles. In fact, the screen on the X-T100 is much closer in design to the one used on the X-T2 than on the X-T20, which tilts, but doesn’t rotate.

On the top deck, the X-A5 has an exposure mode dial and a “control dial,” which usually functions as an EV+/- dial. However, depending on what shooting mode you’re in, you also use this dial to choose your shutter speed, adjust Q Menu settings and scroll through pictures during Playback.

The X-T100 has the exact same setup on the left side of the top deck, but it also has an additional dial on the right side. This Fn (function) dial is used to control any number of shooting parameters, again depending on your currently selected shooting mode.

Or, you can chose from any one of 18 different functions to control with this dial, including film simulation and ISO. This lets you customize the operation of the camera to match to your own shooting style and subject matter. 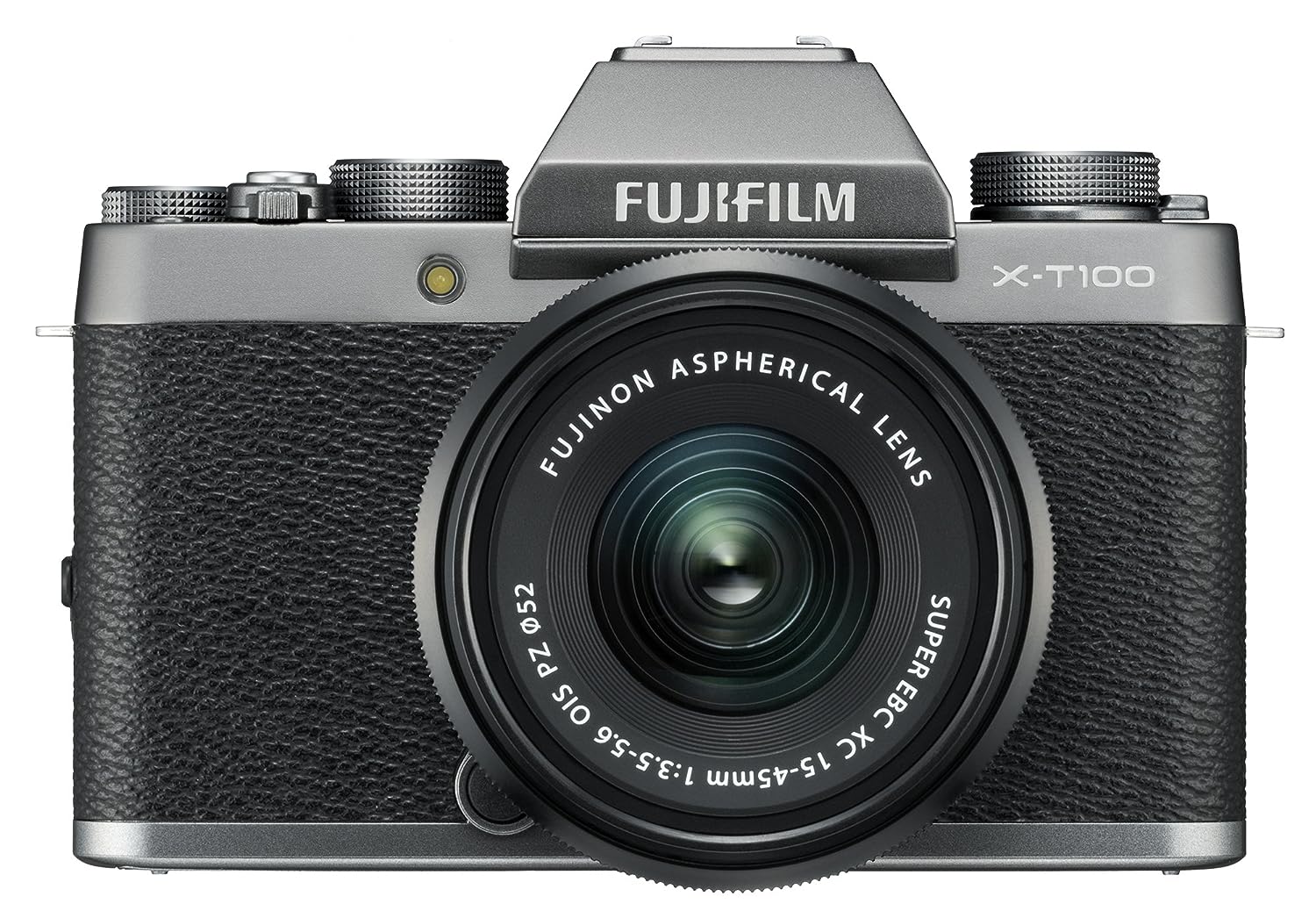 While the X-A5 is a decent little camera that will take great pictures, the X-T100 is just a better camera. The overall SLR-style body design, viewfinder, tilting/rotating LCD screen and the additional Function dial will likely appeal to most enthusiastic photographers over the more “consumer-ish” X-A5.

Add in the updated AF algorithms and larger buffer and this makes even easier to justify the extra hundred dollar price tag of the X-T100. It also makes the X-T100 a much more appealing choice as a backup or second camera alongside one of the higher end models.

Of course, if you already have some Fuji lenses, there’s no need to buy the kit version. You could save the $100, pick up the body only and have a sweet little backup camera to use with your existing glass.

Bottom line: If you’re looking for a serious budget X Series camera, whether you’re just getting into the system, or if you want an additional X Series body, or if you just want a great interchangeable lens camera at a very good price, the X-T100 is your best option out there right now. 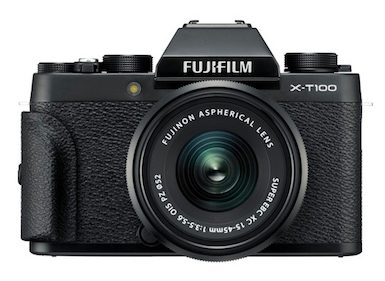