With the fresh snow that fell on Thanksgiving, I went ski flying with a pilot friend, Udo Cassee, AKA The Flying Dutchman in his Cessna 170 on Saturday afternoon. We flew up and over the Chugach Mountains to check out the snow conditions, although the winds were a bit too squirrely to land on the glacier that we were scoping out.

After that, we headed west to check out some frozen lakes and rivers near the Susitna River. Udo touched the skis down on one small lake, but being early season, it was pretty rattly. Many of the potential areas are still pretty bare of snow, which makes for much softer landings.

I took quite a few photos during the flight, these are my two favorites. We had sun and blue skies over the mountains, but low overcast over the areas west of Cook Inlet. I used my Nikon SB-800 Speedlight (The SB-900 is the current model) off camera to add some dramatic light to the cockpit in the second photo. If done right, you can get some really great effects with the iTTL capabilities of the Nikon Speedlights.

My fixed Nikkor 14mm f2.8 lens works so well for shooting in confined areas, like inside a Cessna cockpit. It’s considerably smaller and lighter than the Nikkor 14-24mm f2.8, which is also an awesome lens, but when you’re trying to hold the camera with one hand and the flash with the other, that extra half pound savings just makes it that much easier to handle. 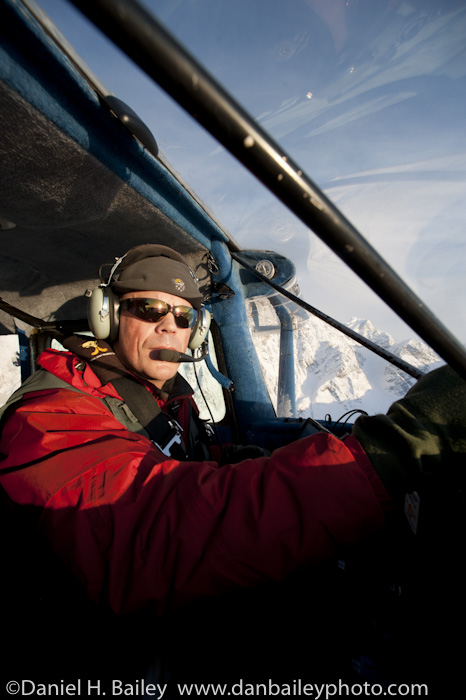 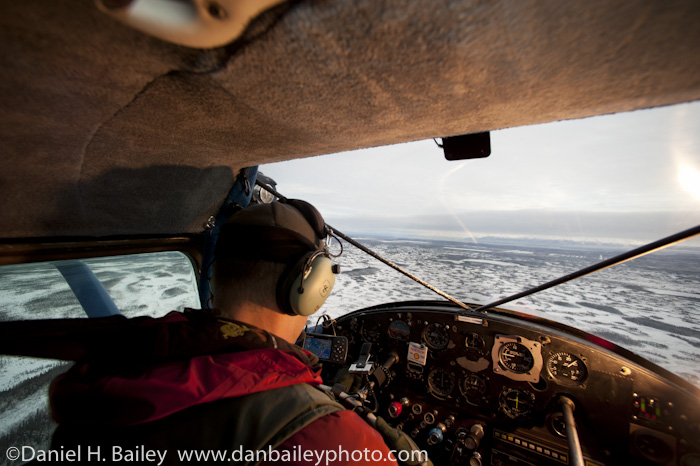 Recent Publication: Alaska Magazine
Capturing the Human Experience
Will We Ever Return to The Good Old Days of Stock Photography?
Trying Out the Lensbaby in Alaska Conditions
Shooting In Manual Mode With The Fujifilm X10
First Look at the Fuji XF 23mm f/1.4 R Lens
Using The AF-C Custom Settings on the Fujifilm X-T2 and X-T3
Read a Feature Interview with me in Landscape Photography Magazine