Once you learn the ins and outs of digital imaging, and establish an efficient workflow, digital photography works great. Until it doesn’t. As I recently learned, a corrupt memory card can turn the entire process into a complete nightmare.

Last week, we had an interesting pattern of cold fog here in the foothills of Fort Collins that left a layer of rime ice on everything. In over eleven years of living here, I’ve never seen anything like it. I knew that it wouldn’t last more than a day, though, so I recruited my faithful running model and went up to Horsetooth Reservoir to shoot some trail running photos. 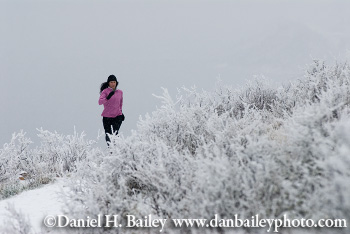 We had a great shooting session and as I previewed the shots in the camera onsite, I knew that I had gotten some great images. So, when I sat down at my computer to load the card on Monday morning, excited to edit the shoot, imagine my frustration when I was faced with error messages that told me again and again that the card was unreadable by the operating system or any of my imaging software.

I yelled. I swore. I swore some more and then I got on the phone with Nikon tech support. Although the rep was very supportive, none of his suggestion worked, so I swore even more. The most frustrating thing was that compact flash cards are actually quite durable- I have two pro friends who have sent cards through the washer and drier, and I’ve even heard of cards being run over by cars, and one that ended up hundreds of feet below the ocean in a plane wreck. In any of these cases, there were no lost images.

For whatever reason, though, cards can become corrupt. It’s problem that most digital photographers either have faced, or will face at some point in their careers. Fortunately, there are solutions.

Through Sandisk’s website, I found software made by LC Technology called RescuePRo, one of a few different recovery programs out there. I downloaded and ran the demo, and to my relief, all of my lost images immediately began showing up in the window. So, I puchased and downloaded the full version for $40 (minus a discount for having Sandisk cards) and in a few minutes, I was up and running again, happily editing all the recovered shots from the previous day’s shoot. Crisis solved.

Usually, when memory cards become corrupt, the problem is not that the data is lost, it’s often an error in the pathway to the data. Put simply, the bridge is out, which means that your software is unable to make the cross between computer and card and access the images that are stored on the card. Recovery software works essentially by bypassing the destroyed bridge and airlifting the images back over to your computer. Problems can arise for a number of reasons, like not turning off your camera before removing the card, or having batteries die in the middle of the writing process. Sometimes they’re formating problems. You should always reformat your cards after you’ve loaded your images onto the computer and you’re ready to stick it back in the camera and resume shooting.

In some cases, recovery software isn’t able to recover the information, and the only option is to send the card in to a company that specializes in data recovery. These companies are equipped with all kinds of high tech machines and gadgets that are probably similar to the stuff that they use on the show “24.” The cost is usually higher than the software, but how much are your lost images worth?

RescuePro software worked for me. I hope that I never ever have to use it again, but if I do, it was $40 very well spent and now I have it. 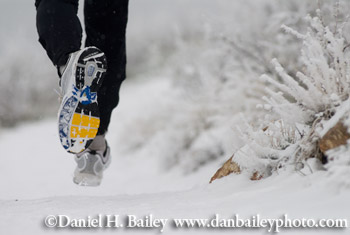 Blog Overhaul
Adobe Photoshop CS4 Has Arrived
31 Days to Build a Better Photography Blog
Renting Lenses and Camera Gear is A Great Option for Photographers
Recent Publication: Patagonia Spring 2012 Dealer Workbook
Happy New Year and Thanks for Your Support in 2012!
What the Heck is ISO Invariance and Should You Even Care?
Customizing the Film Simulations on the X Series Cameras