I went out on Saturday with another pilot and the idea to shoot some winter bush flying and ski landings. Trying to photograph anything in Alaska close to the to the shortest day of the year is challenging, since the light levels are so dim, and combined with the high overcast and limited visibility that we had around the Anchorage bowl this weekend, well, let’s just say that the light could have been better. However, the weather doesn’t always cooperate with your schedule, especially up here, so we went for it anyway, figuring that at the very least, we’d only get to spend the afternoon flying around in an airplane.

Udo flew us over the Knik Arm towards Big Lake in his cool-looking 170, and dropped me off on Three Mile Lake. Coming in on final, we saw three moose, two adults and a calf trotting across the lake. The didn’t seem particularly interested in hanging around noisy aircraft and quickly made their way into the woods as we touched down on. After I got out with all my camera gear, Udo took off again and circled around to do some touch and go’s on the lake so that I could get a series of shots.

Temperatures weren’t quite zero while I was standing out there by myself, and I spent most of the time between passes swinging the blood into my cold hands and tromping back and forth across the lake through the 10-inch snow to find new vantage points. Each time he came in, I held the metal camera body just away from my nose, set my focus and clicked away on high speed until he was up and away again, trying to make the most of the flat light.

After a handful of passes, Udo thankfully remembered to pick me up and we headed back to Anchorage. It was over too quickly, but with the weather looming in from the north and west, we couldn’t really afford to dally. Eventually we made it back to his strip and we spend the next hour or so physically wrangling the airplane though the deep snow in order to get successfully tied down. With no rear ski, the tailwheel just wouldn’t turn very well through the deep snow during taxi and we had to keep digging out the skis in order to keep it pointed straight.

As with any of the adventure type work that I’ve shot over the years, photographing Alaska aviation seems to blend that perfect amount of excitement, passion and technical requirement. With the days getting longer now, I look forward to more bush flying photo shoots this winter. 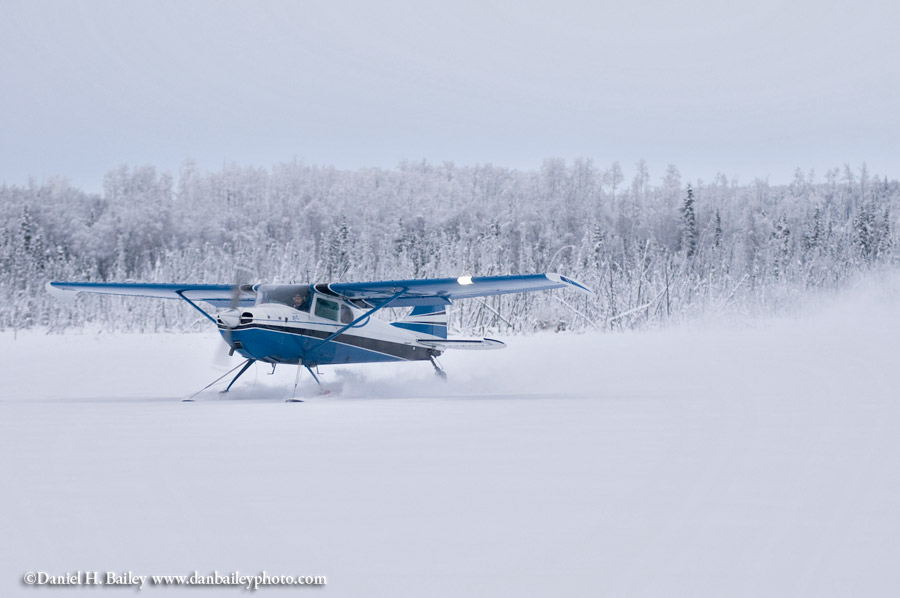 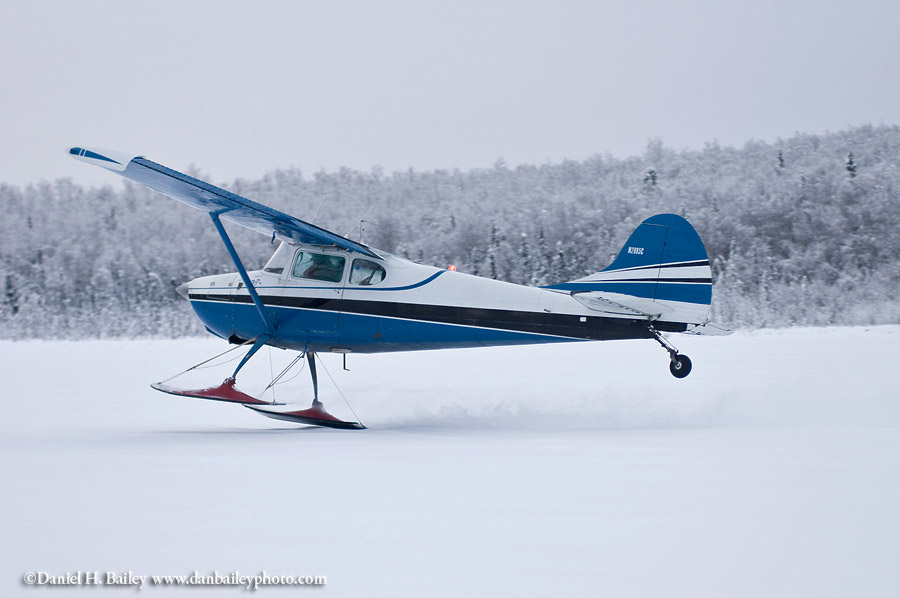 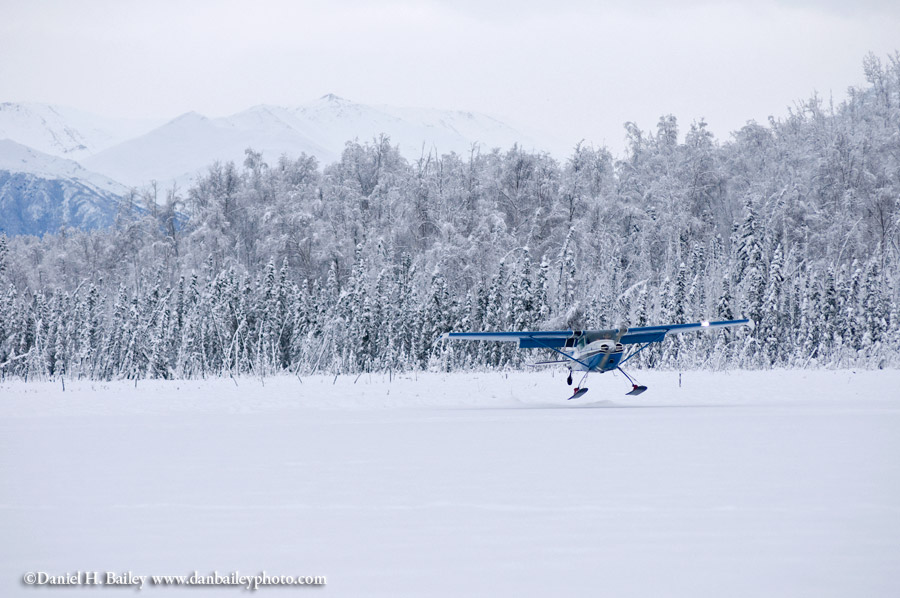 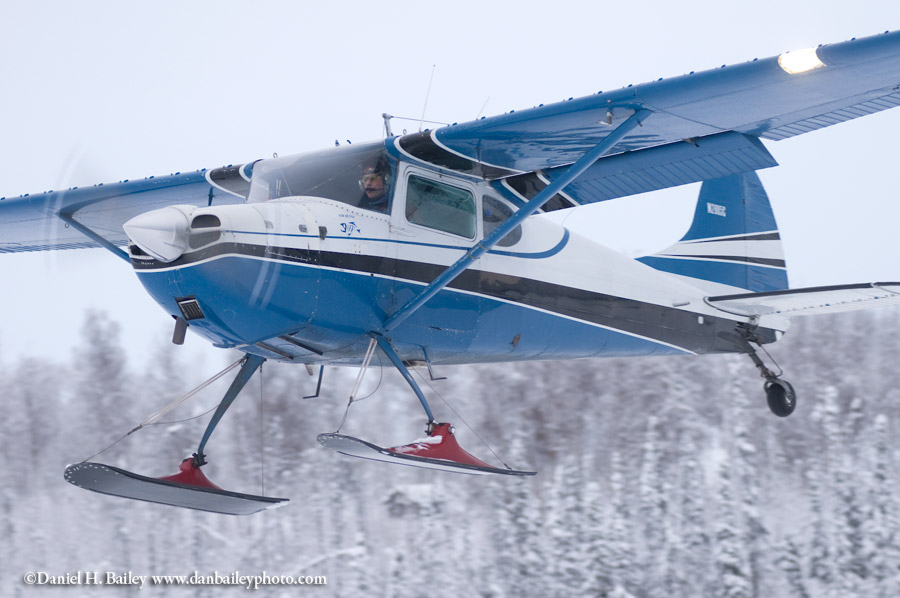