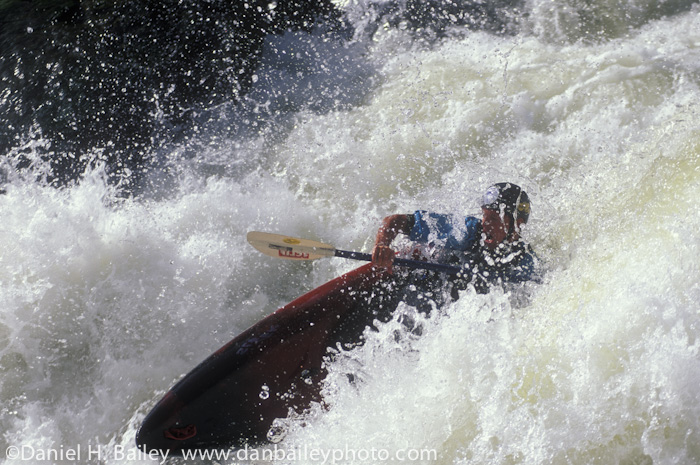 You show up at the river in your twenty year old (Choose one: Toyota or Subaru) with a pack full of camera gear, a case of blank memory cards and enough energy and excitement to power a small city. Your adrenaline rises as you scramble down the rocky trail in your Tevas with the faded nylon straps, grasping at small bushes and branches as if they might help steady your footing as you skid over loose dirt and pebbles on your way down to the bank.

The roar of the class V rapid grows in your ears and blocks out nearly every other sound as you get closer. You can almost smell the frothy mountain water, the same water that you were skiing on sixty miles up canyon just a few weeks ago. Every couple of minutes, a few stray drops cut loose from the river and land on your bare arms that are ripped from carrying heavy camera gear and adventuring in the outdoors.

A hundred yards upstream, a group of kayakers are just putting in to run the rapid. You quickly drop your pack and pull out your camera, slap on your big lens and make a few test shots until you’re confident about your exposure, making sure that you’re shutter speed is high enough to freeze the action.

So how do you ensure that you get the shot? Better hurry with your analysis of the scene because here they come!! Don’t worry, I’ve done this before- I’ll give you some quick pointers. Here are three simple tips for photographing action. Yes, you can apply these techniques to other sports besides kayaking. Now good luck and have fun!

Don’t be afraid to zoom that big lens all the way in, that’s what they’re made for! Use it like you mean it. Bring that action right up close!! Let your viewers feel like they can almost smell and drink that water! Get them right into the middle of the whole mess and show them the tight details. Let them think that they’re about to trip over your subject! I guarantee, it will take their breath away. 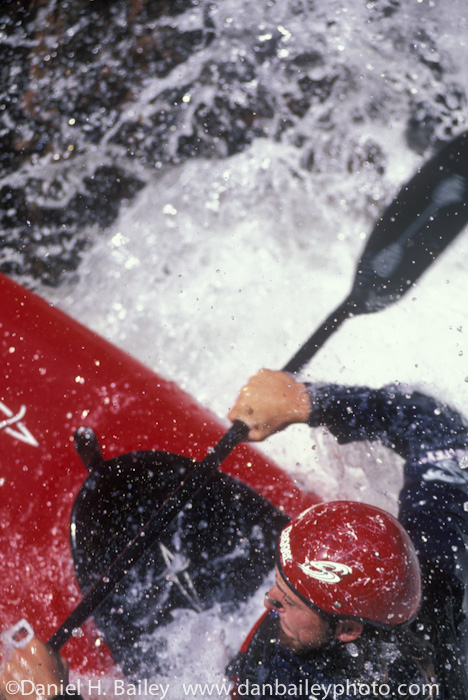 Ok, enough of the close stuff, now zoom out and give us the whole scene. Let us see your subject in context of their entire environment. Adventure sports are as much, if not more, about the adventure, than the sport itself, so let us get a feel for the dramatic expanse of the natural world where these people are enjoying their time in the outdoors. After all, you love it here just as much; show us what’s so great about this place or this activity. 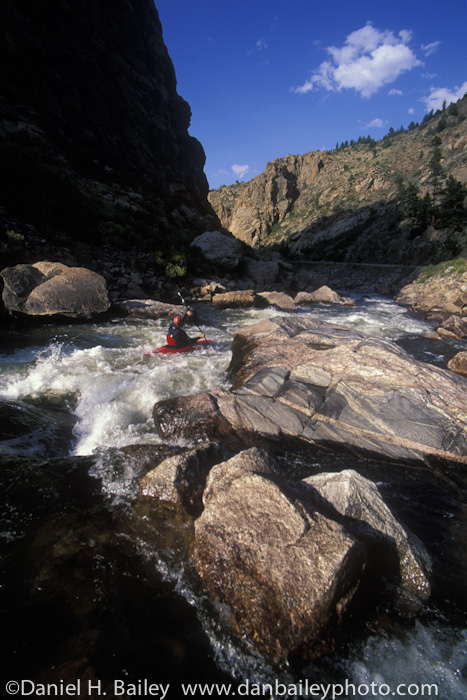 Feeling good? Think you’ve got some awesome shots so far? You’re doing great, but don’t stop yet, keep that motor drive working. Keep burning frames until either your subject is gone or the light is gone, or both. Chances are good that as good as the stuff you’ve already shot might be, there’s a totally killer image just waiting for you to grab, only you won’t know when it’s going to appear until it jumps right in front of your eyes.

It will probably take you buy surprise, so you’ll have to keep your eye trained on the subject and your finger at the ready, because it will only happen once. You won’t actually know when (or if) it will even happen until it’s staring you right in the face for a mere spit second. It’s that moment that separates the big boy and big girl photographers from the amateurs. You either get he shot or you don’t 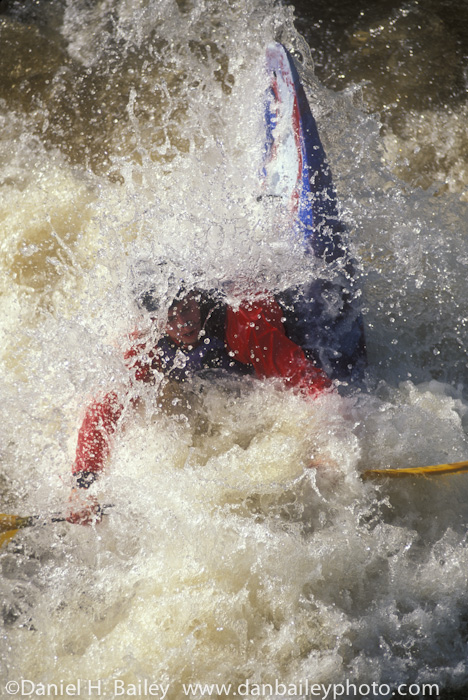 Did you get it? Awesome!! Great job! Feels good doesn’t it? Now pack up, head on down the canyon and meet me at the (insert favorite watering hole.) The first pitcher is on me!

Heath Mackay Climbing Supercrack, Indian Creek Canyon, Utah
July Sale - Save 25% on All Dan Bailey Photo eBooks
The Nikon D7000 vs. The D600: Should You Upgrade?
Your Gear, Your Style, Your Way
Winter Bush Flying Adventures
How Good is RAW on the Fuji X20?
First Look at the New Fujifilm XE-2
First Look at the Nikon D7100, Shooting in Tricky Lighting