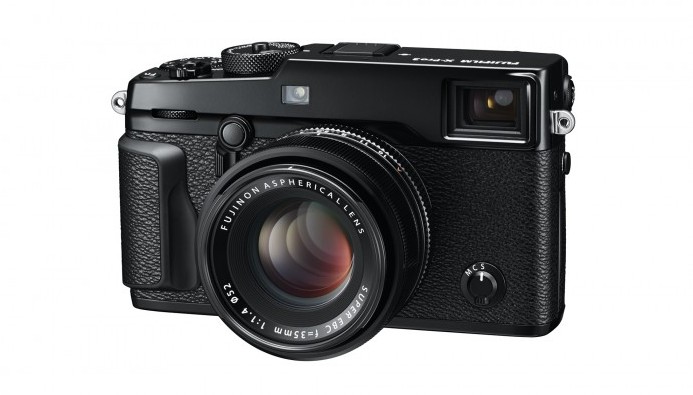 This past weekend, Fujifilm celebrated their 5 Year Anniversary of the X Series camera system with a flurry of new product launches, photography exhibitions and dealer events, which, as I heard, included some karaoke.

Of course, the whole party centered around the unveiling of the long awaited, X-Pro2, which, in just days, has already become one of the top selling cameras of any brand, and the #1 top selling mirrorless camera– and it’s not even out yet!

With an exterior design that’s very like the original, that sexy black box sports a number of big advancements inside, including a brand new X-Trans CMOS III 24MP sensor and brand new image processor.

In addition, it has an all new Advanced Hybrid Multi Viewfinder that offers both optical and electronic view, an 1/8,000 sec mechanical shutter, a new Compressed RAW file format, new BW “Arcos” film simulation, a totally upgrade Autofocus system, and a weather resistant body.

The new focusing system is built around a grid of 273 focus points and a small thumb focus lever joystick for navigation around the frame. Approximately 40% of the frame is covered by 77 Phase Detect AF pixels, which means that your fastest focusing is not limited to just the center area of the viewfinder. This is a huge advancement, and one that I would hope gets brought to future versions of the X-T1 and X-T10.

Quality and performance is also enhanced by Fuji’s new X Processor Pro image processing engine. With increased processing speeds and a higher buffer memory, shutter blackout time has been reduced by nearly half, as has display performance when shooting moving subjects.

One of the things photographers love about the X Series cameras is the retro style look and feel, which includes metal function dials on the top deck.

It also has a front command dial, which can be used to set shutter speeds to 1/3 stop increments. I use this all the time on my X-T1 and X-T10.

Another cool feature on the X-Pro2 is the Dual Card Slot, which can be configured to record as sequential, backup or RAW/JPEG. Nice.

A number of photographers have been testing the X-Pro2 for the past couple of months, and from everything I’ve seen, people are simply blown away by this camera. I’m not surprised. It offers such a high degree of performance, usability and image quality, that many top editorial, assignment and portraits shooters like David Allan Harvey, David Hobby and Zach Arias, pretty much feel that this one is the game changer for them.

The X-Pro1 has garnered such a fanatical user base that has almost bordered on the extreme. In some ways, it’s been funny to read all the forums and see people’s response to all the new cameras Fuji has released in the past few years. No matter what Fuji has come up with, their answer is always, “I’m waiting for the X-Pro2.”

Sometimes I laugh at this, but in the end, it just means that people LOVE their X-Pro1 so much that they can’t imagine shooting with anything but the upgraded version, not matter how long it took to emerge. To that, Fuji deserves credit for building cameras that have longevity and that inspire love, loyalty and confidence from their users. From that standpoint, I guess I understand, because I feel the exact same way about my X-T1.

You can read more about the X-Pro2 on the Fujifilm website.

The X-Pro2 will be available in late February- You can preorder it from B&H Photo or Amazon, or just wait for your local Fuji dealer to get stock, although I imagine that many stores will sell out pretty quickly.

It’s pretty amazing that the X Series has only been around for five years. I remember when the original X100 was announced, it definitely struck a chord in the industry, but to have invented a camera system from scratch that has such a huge impact in the world of photography in only five years- a world that has been dominated by DSLRs- that’s huge.

I guess this graphic says it all. 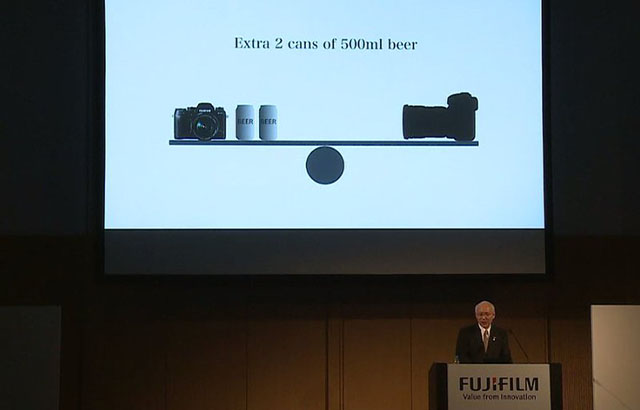 On Assignment: Shooting Aerials of Denali
How to Become a Pro Photographer Part 4- The Business of Photography
Feature Article About Me on The PocketWizard Blog
5 Budget Tripods for Outdoor & Landscape Photography
Introducing the PocketWizard Plus III Radio Transceiver - Game On!!
Another Ultra Lightweight Budget Carbon Fiber Tripod
Photos From My Recent Edinburgh Photo Hike
Fujifilm Announces the X-T4 with IBIS In-Body Stabilization