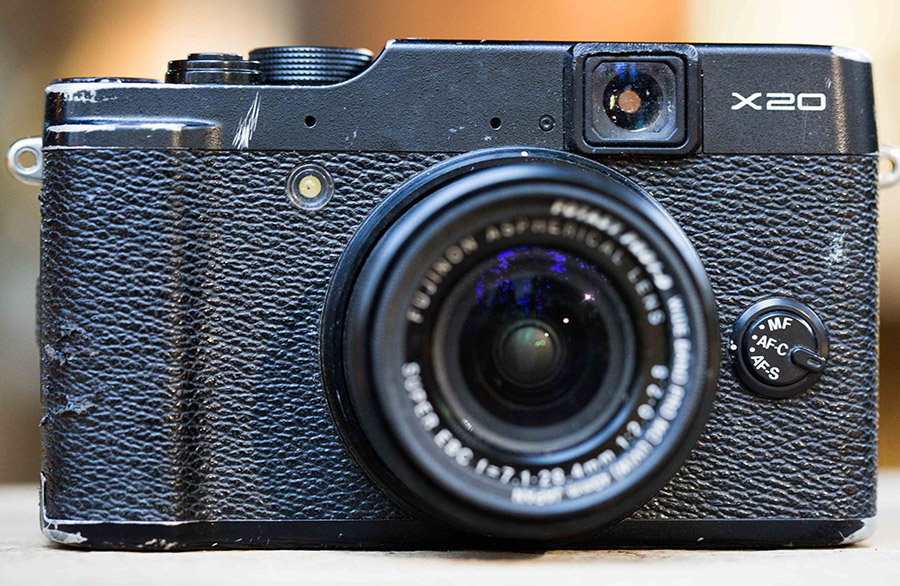 This camera survived 3 months of rain, snow and hail… and a bear attack!

One of my readers just shared an amazing story with me that I had to pass along. Back in early July, Claire was hiking in Colorado and lost her Fuji X20 somewhere on the trail. She didn’t elaborate on how this happened, but being someone who occasionally sets things down, gets distracted and then forgets them, I can relate. I lost a Nikon 50mm lens this way one time.

Hours of searching failed to locate the camera, and so she sadly wrote it off as gone forever. You can imagine what a bummer this would be.

Well, this past weekend, Claire found herself on the trail again and, low and behold, there it was! It definitely looked a little beat up; it had animal bite marks on it (probably bear) and it had endured rain, hail, and even snow over 3 months it was near the trail.

And guess what? It still works! The LCD screen was fogged, and the battery was dead, but it recharged and everything on the camera works just fine. Bringing the camera inside and leaving the SD card door open for awhile made the fog go away.

I’ve used my X20 in a variety of extreme conditions, and although it’s not touted as being weather sealed, it’s a tough little camera indeed. I’ve gotten mine pretty wet and I’ve certainly banged it around enough, but that’s kids play compared to leaving it outside in the elements for an entire season…

…Or having it chewed on by a bear! Here’s the story in her own words. 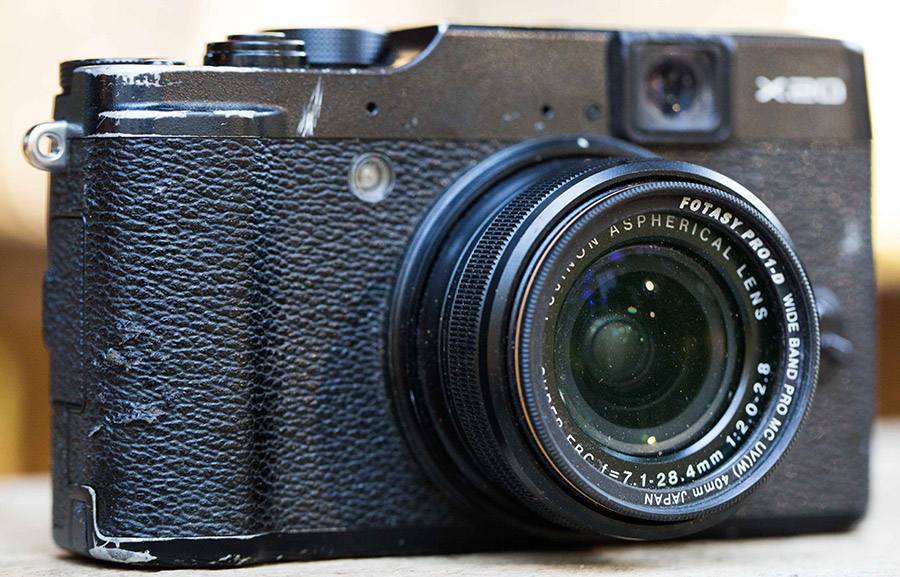 “I found the x20 close to the tree pictured in the two trail cam photos. This trail is a bear superhighway, with at least 30 bears passing the spot where the camera was lying over the course of the summer (and maybe 3 people all summer long).”

“I suspect that the bite marks happened when a bear tried to carry it. Bears are fascinated with anything that has human scent. In one of the trail cam photos, the bear is just about to give the trail camera a very close inspection, including licking and sniffing. My best guess is that the x20 got similar bear treatment.”

“The 2nd bear photo is of a bear marking the tree that my trail camera is aimed at. That tree is the reason for all the bear traffic in the area. It was the tail end of bear mating season when that poor tree gets marked a couple of times per day.” 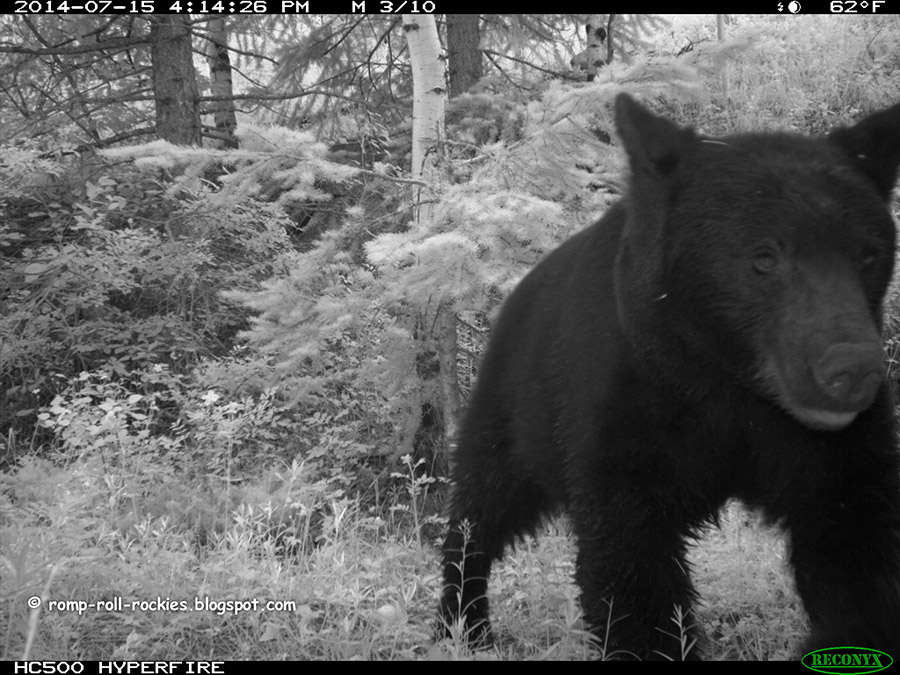 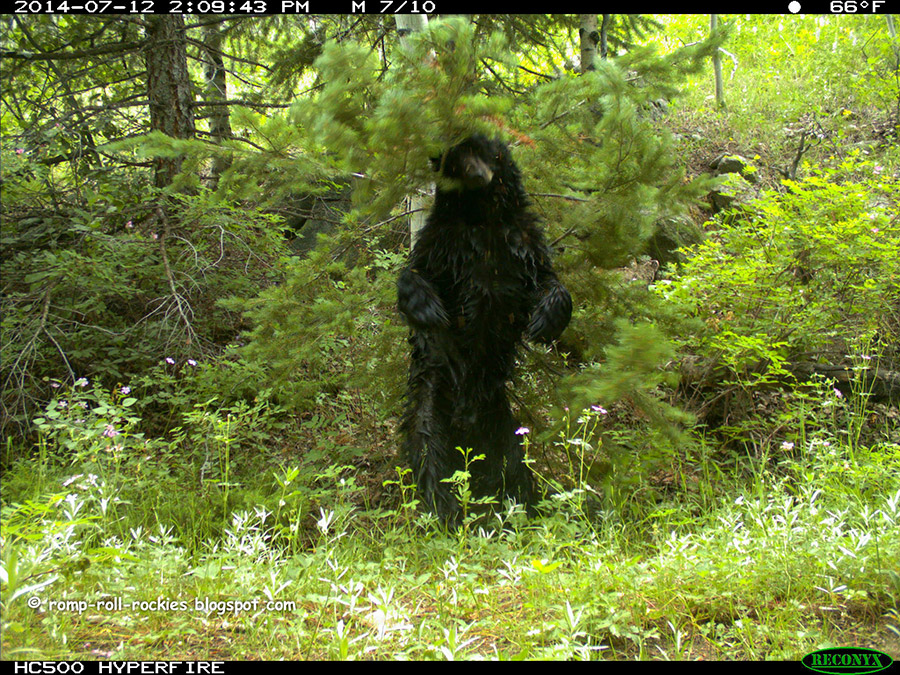 In my mind, this is an amazing testament to just how well the Fuji X cameras are built. I’ve long thought that the X10/20/30 series are the best all around compact cameras, especially for the price. If you’ve ever worried that they’re not tough enough for use in the outdoors, let this dispel any such notion. Clearly they’re quite weatherproof. Thanks so much for sharing, Claire!!

The Fuij X30 has now replaced the X20, but it’s built on a very similar chassis and has all the features of the X20, plus a few more. The optical viewfinder has been replaced with a newly designed EVF, battery life has been improved, it has a tilt screen and WiFi that enables you to remotely shoot and share images from your smartphone or tablet.

Another one of my followers just bought an X30 and loves it. Check out what William Snyder did with it on his first day with the camera.

Behavior and Migration Habits of the Wildlife Photographer
First Look at The New Rugged Fujifilm X-T1 Camera
Sell Your iPhone Photos With the Alamy Stockimo App
Adobe Lightroom Mobile Now Works With iPhone
What Kind of Alaska Photo Workshop Would Interest You?
Shadows Are Your Best Friend in Photography
The Secret to Shooting Better Photographs
Aerial Photography Season Has Begun!