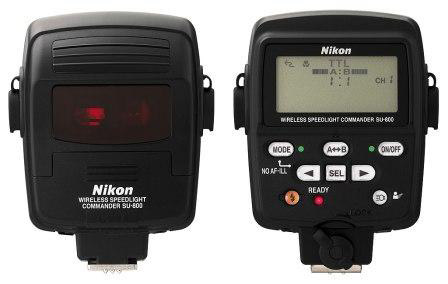 The main issue with using off-camera Nikon flash is how to trigger it (or them.) Essentially, there are five different ways:

So which method is the best? There is no easy answer. I’ve used each one and they all work, but they all have some definite limitations as well. Lately I’m completely sold on the SU-800. After I run down the pros and cons of each method, I’ll give my my final review on why I think that it’s definitely worth buying if you shoot with flash.

Sync Cord: Range is your main limitation, although you can daisy chain up to three 9′ cords together and still retain full TTL capabilities. Works great for handholding the flash.

Pop Up Flash: This usually works pretty well, especially inside. The limitation is distance and line of sight, although I’ve triggered flashes that are behind me in smaller rooms. This method doesn’t really work for closeups or portraits, though, because the monitor pre-flashes are still picked up by the camera, and they often make your subject blink, or else they show up in your photo when shooting close up. Also, the D3 doesn’t have a pop-up flash.

Using Another Flash: This works even better because you can turn the flash head to point directly to the sensor on your remote flash, and range increases as you zoom the head. The disadvantage is that you obviously eat up one of your flashes by using it as a commander. Yes, you can still use the unit as an on camera flash/commander combo, but this could be a problem if you don’t want a flash up front and center, or if you only have one or two Speedlights. And you still have the potential blinking problem.

Radio Triggers: Radio Poppers the new dedicated Pocket Wizard MiniTTL system are all the rave now. They work great, don’t need line of sight and will work up to a quarter mile or more. The only downside is that they’re much more expensive. After you buy the controller, you need a receiver for each unit, and each one costs over $200. If you have three Speedlights, you could end up spending a grand to trigger them all. (Extra credit: How much does Dave Black’s 8 SB-900 Radio Popper rig cost?)

The older Pocket Wizard Plus models also work fine. They’re a little less expensive than the newer TTL models, but they only work in Manual mode on your Speedlights.

Nikon SU-800 Wireless Commander: The SU-800 will allow you to trigger an unlimited number of Speedlights and control them in up to three separate groups. At only $259, it’s WAY cheaper than buying a radio system, and since it’s infrared, it pretty much solve the blinking problem when shooting models. Also, you don’t have to burn one of your flashes by using it as a controller.

Inside, the SU-800 absolutely rocks. It’s signal will bounce all over the place and even travel around corners; you can trigger flashes that are not line of sight or that are even in the next room.

It’s capabilities are a little more subdued outside. Since there is nowhere for the signal to bounce, it has to be within sight of all the other units. And, if your flashes are off axis from your commander, you might have to couple the unit with a sync cord and stick the thing on a clamp or a light stand in order to get the signal to point the right way. In really bright sunlight, you often need to shade the unit with your (assistant’s) hand or tape on piece of cardboard to shield it from the direct sun.

Before I bought the SU-800, I considered just getting another SB-900, but the SU-800 is considerably smaller, and two hundred dollars cheaper than the 900. Although the SB-900 works great as a master/commander, it’s an awesome flash and leaving it on the camera doesn’t allow you to take full creative advantage of it’s impressive capabilities.

My thought is this: if you shoot off-camera flash inside, then it’s a no brainer- definitely consider the SU-800. It offers excellent versatility at a reasonable price and it gets rid of the blinking problem with models. For the same reason, it’s almost essential for macro flash photography.

If you shoot primarily outside, then you should weigh your needs and your budget. A radio system might be in your future, however if you’re not ready to make that kind of investment yet, the SU-800 will certainly get the job done while you’re saving up for all those receivers.