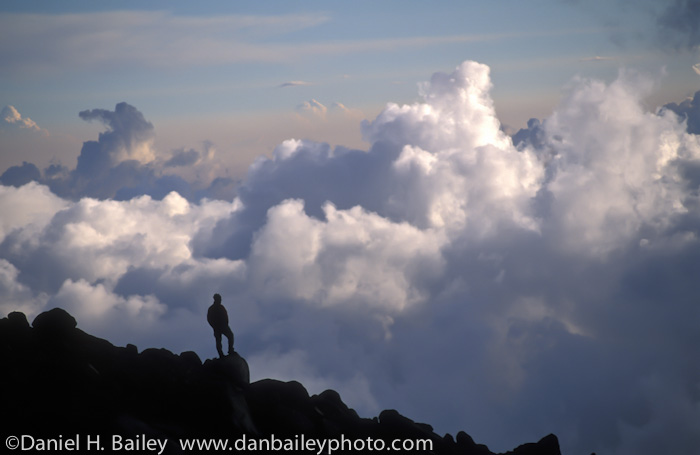 Photography is a lot like life. It’s full of brief moments of excitement and awe inspiring success that are surrounded by periods of failure and demoralizing disappointment.

But why is this? What is it that causes you to be so elated about your subject matter, and yet, at times, so uninspired by the final image, even though you might have worked hard to capture the shot? Oh, and before we go on, I need to be clear. When I say you, I really mean us. All of us. Don’t want to leave anyone out of this discussion.

It could be a minor technical problem. Operator error, if you will. Maybe you blew the exposure, which could have been saved by bracketing. Perhaps you should have used a different lens or altered your framing. Maybe you didn’t compensate for the changing light, the position of your subject matter or the angle of the sun.

That’s right, everyone makes those kinds of mistakes. It’s how you learn, and sometimes it’s a tough pill to swallow, but that’s generally not the root cause of your major photographic disappointments. Missing the action by a hair might provoke a half hearted “Damn!” as you’re editing, but it doesn’t usually take the wind out of your sails a technically perfect, yet utterly boring frame that doesn’t communicate any excitement.

What deflates us the most is when we fail to translate the emotional connection that we have with our subject into the final image. It’s when we have the highest expectations and emotional investment in our scene. We have these grand ideas about how we want to show our scene, but when the photographs don’t do it justice; when our images don’t turn out exactly the way we want them to, we often find ourselves let down

Welcome to human nature, where we tend to judge things not by how they actually transpired, but by how we wanted them to transpire. Since creative photography is so closely tuned to our inner nature, it’s only natural to think that the same thing can happen to our image making.

We tend to seek out and photograph those subjects that evoke a strong emotional response in us, and when we nail all the technical stuff, the images that we make of those subjects usually end up being our best photographs. However, as is often the case with new photographers, they can also be our most uninspired images. Why? Because we’re unable to separate our emotional attachment to our subject matter from the technical and artistic craft of how to make a good photograph. Either that, or we fail to produce an image that effectively speaks to that level of emotional attachment.

It’s also because we sometimes forget that a strong photograph is not simply an exact copy of the subject, it’s a symbolic representation of the subject matter that’s designed to invoke an emotional response from us and our viewers. To me this is an important one to remember. You should write that one down.

Remember, a good photograph isn’t just a picture of “the thing” or “the place.” Instead, it’s a mini story that transports us to a different time and place and engage the brain of your viewer. It makes them imagine what’s beyond the borders of the image itself and causes us to wonder “why,” “how,” “where” and “what if?”

If your image fails to do any of these things, it won’t live up to your own emotional expectations and you’ll be disappointed. Your viewers won’t be disappointed, though, they just won’t draw anything from the picture and they’ll quickly move on to the next shot.

Finally, maybe it’s because you’ve built up the subject so much in your mind that no matter how technically perfect or artistically creative your final image is, it still won’t live up to your expectations. If you think that there’s a possibility of this happening, it might help to detach yourself from the subject a bit come back later.

Funny thing is that when your emotional self gets a chance to rest and return to “normal,” you might realize that you actually did make a great photograph, it’s just your expectations that were skewed and overinflated.