Canon has four Speedlites in their current lineup, the 580EX II, the 430EX II, the 320EX and the 270EX II, each of which varies in features, power and relative price. By comparing each model, you can determine which one is right for you and your photography needs.

The 580EX II is Canon’s top of the line Speedlite and it’s a workhorse flash. In size, weight, price and functionality, it’s comparable to the Nikon SB-900, which means that it’s not cheap, exceedingly light, or compact. However, it’s a professional unit that will get the job done.

Sporting a new metal hot shoe foot and a weather resistant housing, it features a zoom range of 24-105mm, and a head that rotates in nearly every direction. It has a very fast recycle time and will sync at 1/250 for high speed shutter operation.

The 580EX II is Canon’s only flash that will function as a Master flash controller, and it can control up to three groups of remote flashes, plus itself, if you wish to include it’s own light into the mix. As long as you have line of sight visibility between the Master and all of the wireless remotes, you have virtually unlimited creative options for using multiple flashes to light your scene.

It can also be used as a wireless slave which is controlled by another 580EX II or the Canon ST-E2 Wireless Transmitter.

Overall, the 580EX II is a powerful and versatile flash that packs a lot of power and features, as well as a host of custom functions. Basically, if you want the most control and creativity from your Canon Speedlite system, or if you’re looking for a Master flash, then the 580EX II is the unit you’ll want. 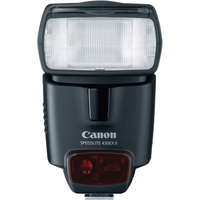 A versatile flash that’s smaller, lighter and less expensive than the 580 EX II, the 430EX II is a great option if you’re looking for a single mid-range flash or an additional light to be used as a remote unit.

It’s also a good choice if you want to save on weight. Compared to the 580EX II, which weighs 405g, the 430EX II comes in at 320g. Not a huge difference, but it’s size difference means that it’s easier to pack in your camera bag.

Like the 580EX II, it has a zoom range from 24-105mm, and the flash head will tilt up, left and right. It won’t go all the way around on both sides, but that’s usually not an issue.

A big difference between the two units is that the 430EX II cannot function as a Master flash, but it will operate as a wireless remote. This alone could be the difference in why you’d choose the 580EX II over the 430EX II.

That said, with the size and weight of the 580EX II, maybe the better route to go is to get a ST-E2 Wireless Transmitter and one or two 430s if you’re goal is to go light and fast. After all, they’re smaller and lighter than the 580s and they’re certainly less expensive. Expect to pay around $300 for a new 430EX II online.

Remember, you can also control the flash from on-camera if you have a compatible DSLR with a pop-up flash, like the EOS 40D, 50D and 7D. Or you can use a sync cord. Battery life is a little better on these models as well; it will fire up to twice the number of flashes as the 580 on a full charge.

Overall, the Canon 430EX II is a versatile and economical Speedlite that will give you a lot of creative options in your strobist photography. 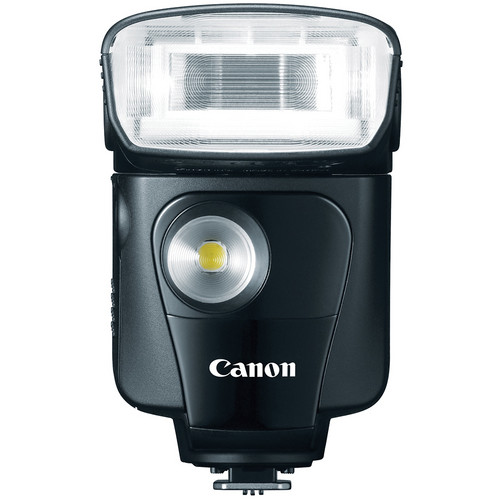 It’s also designed for Live View and video shooting, and it will illuminate nearby subjects in low light for up to 4 hours of continuous lighting with fully-charged AA batteries.

I don’t see that as being a very big selling point for outdoor photographers, however, it’s wireless functions do it an attractive unit. The 320EX will not function as a master, but if you have a compatible Canon body that will operate as a commander, you can use this flash as one of your wireless slaves.

Price is certainly attractive, they’re only about $239.00 new. For it’s price and size, (smaller than the 430EX II) this might be a really desirable option, especially if you’re picking up a second or third Speedlite. 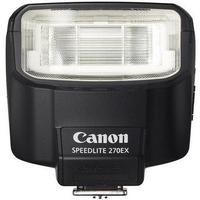 If you’re on a budget or if you need to go extra light on gear, the 270EX II might be the best Speedlite option for you.

Keep in mind, though, the 270EX lacks many of the controls, custom functions as the other two Canon Speedlites, and it has no wireless capabilities. It cannot be used as either a Master or a wireless remote.

It’s a light. No more, no less. Actually, it’s actually less, since it only weighs 145g and costs less than that in dollars.

That said, you can still get some great off-camera and strobist-style lighting with the 270EX. Stick it on the end of a sync cord and you’ve got an off camera flash. Throw on a small softbox like the Lumiuqest Softbox III, or place it behind a large diffusion panel and you can throw some really nice light.

This very comprehensive book will teach you everything you need to know in order to learn about Canon flash systems and expand your creativity and lighting techniques.

Current Rebates on Canon Flashes at B&H Photo: Right now, save up to $50 instantly on Canon flashes. Visit the links below to take advantage of this great deal!