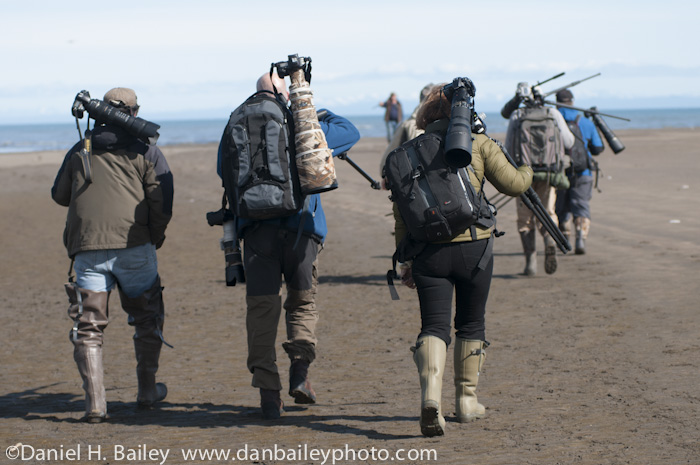 Summertime in Alaska means the mass appearance of certain animal species that generally lay dormant in the wintertime. They can be extremely dangerous creatures, especially when you get too close, and thus in order to remain safe out in the wild, one should have a good understanding of their behaviors and migration habits.

Wildlife photographers are not necessarily elusive creatures. Although they often travel alone, they are known to travel in large packs, especially in regions where wildlife preserves, national parks and backcountry lodges are known to be close by. 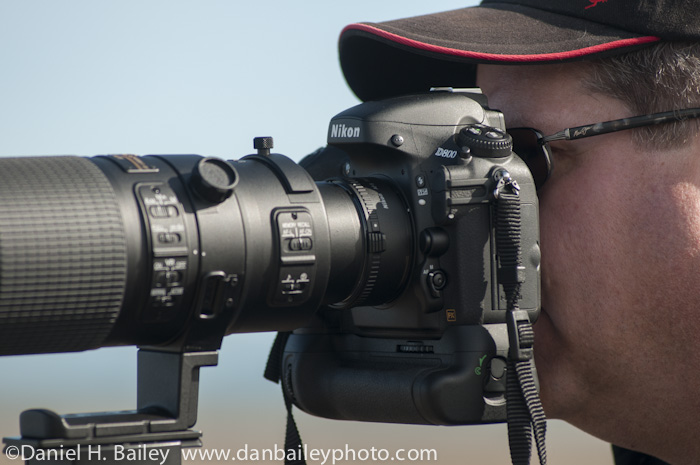 They also are known to possess the very latest of gear, which usually indicates that they are either 1. Professionals who are actually shooting for real publication, or (more commonly) 2. Retired doctors or lawyers with large disposable incomes.

While other types of photographers are not as easy to spot on the run, wildlife photographers carry a typical set of markings that area easily identifiable, even from a distance. Most common is the extraordinarily large telephoto lens and the second set of three legs that are thinner, but longer than their primary pair. 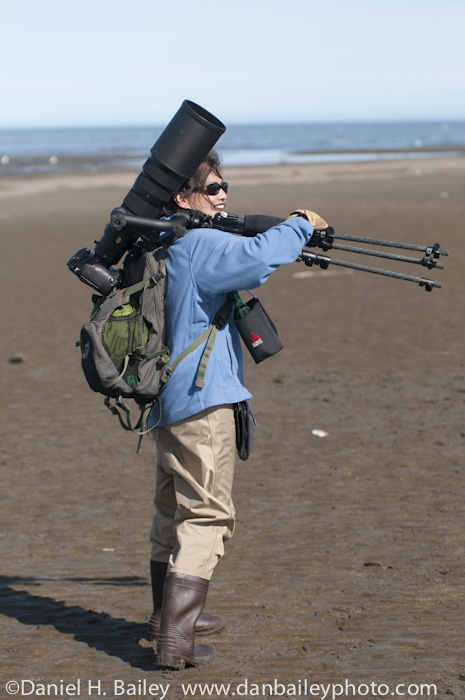 Since they are not creatures that tend to move quickly through the wilds, they tend to pack considerable more weight than others of their species. They often have a pronounced, and usually black hump on their back and smooth brown lower legs that help them navigate wet environments.

Some wildlife photographers encumber themselves with more equipment than they’re normally able to carry without considerable effort. This can utilize valuable bodily resources and energy.

Camouflage colored lens coverings are another common indicator. However, after it should be noted that these markings appears not to be an extremely effective.

In the past, this probably helped them hide better from the animals that they were photographing, but since many of them have evolved to wearing brightly colored jackets, scientists are no longer sure what part the camouflage plays now. Quite possibly it could be some sort of plumage that the males wear to try and attract prospective camera toting females of the species and intimidate the lesser males. 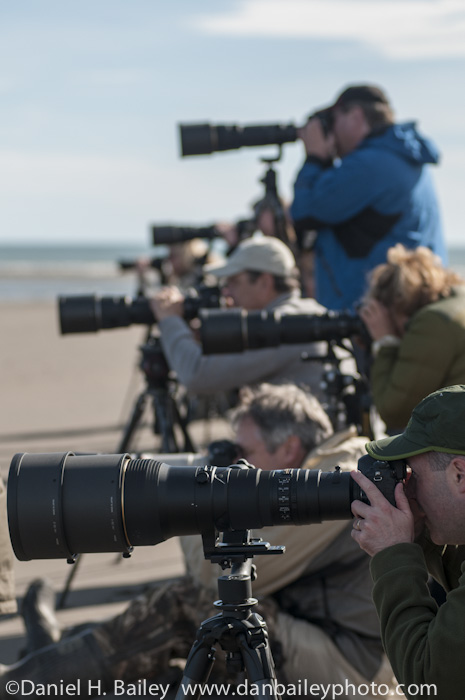 Try not to stand to close to a wildlife photographer and be careful when interacting verbally with them. Not all wildlife photographers are evolved with highly advanced social and communicative skills. Take great care when asking them about their gear, you may get more information than you bargained for. (See previous sentence.)

Under no circumstances should you try talk with them while they’re photographing. Listen for the fast “click-click-clicking” sound that they make; this will let you know that it’s not a safe time to talk.

Don’t worry about trying to take a picture of the same thing that they’re photographing, in fact, this kind of pack mentality is considered normal with wildlife photographers. Just try and blend in with the crowd if you can and you’ll be ok. This may even afford you the opportunity for more careful study of this strange creature, and if you can carefully slip unnoticed into the group, quite possibly a free meal at the lodge where they’re habitating.

I don’t pretend to be a scientific expert on this matter, so if you have any other knowledge and/or observations about wildlife photographers, please comment below so that we may all benefit from your insight. 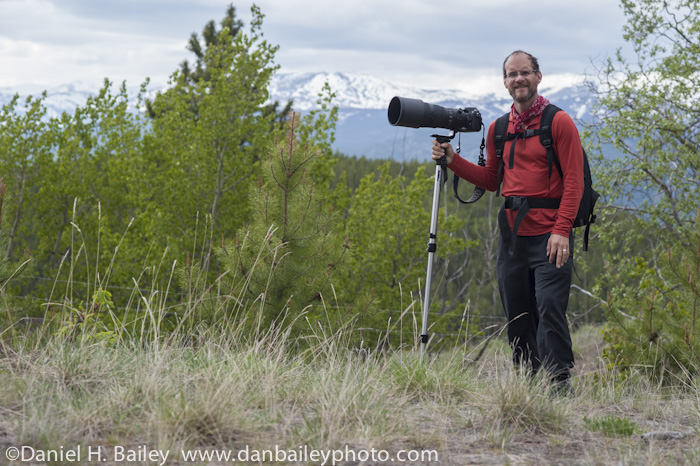