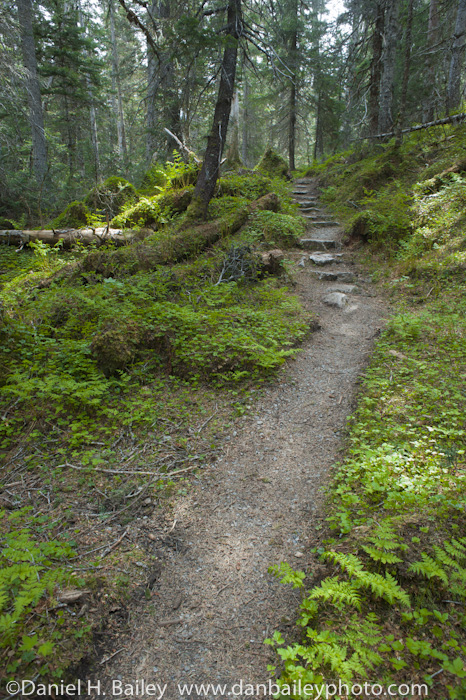 Trail through the forest, near Skagway, Southeast Alaska

Here’s a photo that I shot on the Laughton Glacier during my trip down to Skagway last week. This relatively short outing was a great opportunity for me to test out the new Manfrotto 732CY Carbon Fiber Tripod, which I’m quickly learning to love. The thing is light enough that I just carried it by hand during the entire hike, and in fact pretty much during most of my three day assignment down there.

When I don’t feel like holding it, I simply drop one of the tripod legs down in between my backpack shoulder strap and my body where it sits like some kind of a scabbard. I’ve used that method with my ice axe quite often when I don’t want to carry it, but don’t feel like strapping it to my pack.

The 732CY is light enough that this method works pretty well. However, sometimes the backpack strap can get wedged a little to tightly in the joint of the tripod leg and it takes a bit of fiddling to get it out. Maybe there’s a way to prevent this from happening.

Anyway, I’m finding this tripod plenty sturdy for most uses, especially with smaller lenses, like the 24mm. I’m also really psyched on the Giottos MH1302 Quick Release Ball Head that I stuck on the 732. As I mentioned in my initial review, the thing just feels really solid and it adjusts very smoothly with it’s triple friction knobs. And the knob on the QR plate makes a very nice handle for carrying the tripod down at your side.

Although I like the first shot above, I think I like this cropped horizontal version even better. It just seems to have a better sense of balance. What do you think? So, did I shoot a real horizontal when I was out there? Um… no. Why not? Sorry, couldn’t tell you, maybe I was in a hurry to get out to the glacier. Should I have? Yep, but sometimes you just forget that stuff when you’re out there in the field, even when you’ve been at for as long as I have. 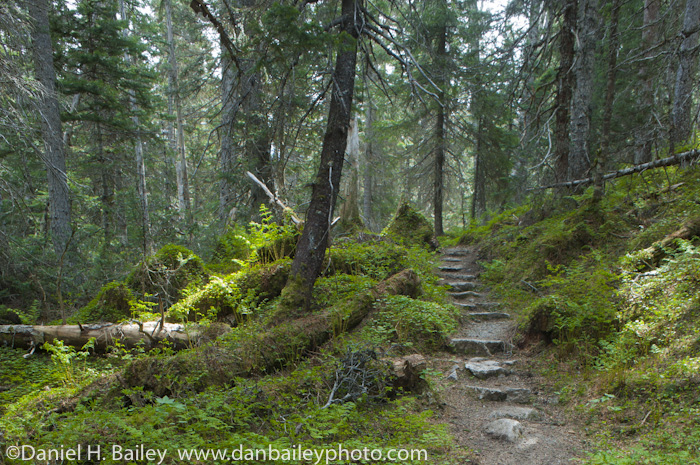 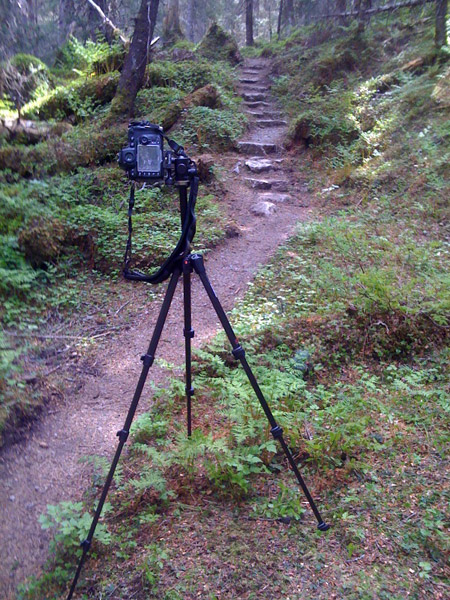 The Manfrotto 732CY in action!

How to Stand Out in the Crowd
Great Advice for Outdoor Photographers
Duh... Of Course Photography Is About The Gear
Finally, The Evening I've Been Waiting For...
The Science and Creativity of Using Color in Your Photography
The 5 Most Popular Nikon Lenses
Featured Image: Hiker at the edge of the fog
My 5 Favorite Photos From The Past Week