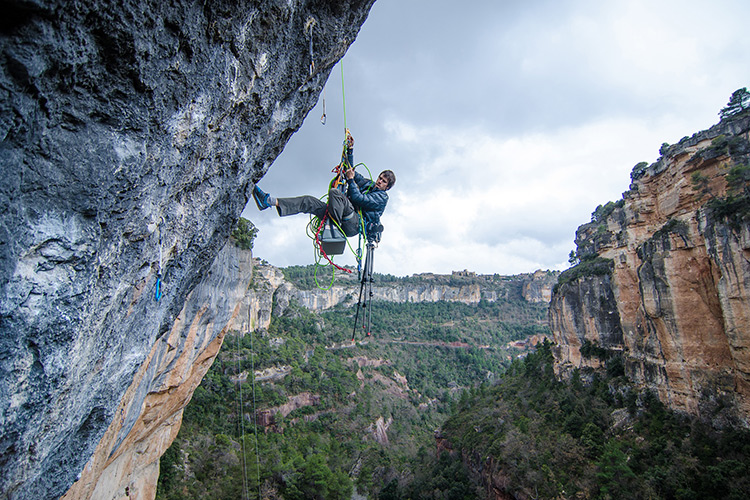 Keith Ladzinski is a world class adventure photographer who shoots for National Geographic, and I taught him everything he knows.

However, I did teach Keith some stuff and played a least a small part in success as a pro. I taught a number of photography courses in Fort Collins, Colorado back in the 90s and he was one of my students in a class called How to Sell Your Photos and Break Into Stock Photography.

At the time, Keith was a young, rambunctious 20-year old kid, compared to me, a slightly older 28-year old rambunctious kid, or something like that. However, even then, he showed incredible promise. I still remember the first time I viewed his work during our class critique; he had these gorgeous images with strong visual elements and very striking light.

In fact, if I remember correctly, this might even be one of this images he showed during our class.

During the class, I gave Keith some advice as to where he should try to market some of his images, and it ended up paying off. He sold a few shots and that was pretty much the start of his career.

The reason I bring this up now, is that someone recently forwarded me a 2015 podcast he did on a site called Visual Revolutionary, where he talks about me and that class. I hadn’t heard that interview, and it brought back a lot of fond memories.

It’s a long, 2-hour podcast, and it’s an insightful look at Keith’s journey to being a pro photographer. However, if you don’t have time to listen to the whole thing, you can fast forward to around the 42:00 minute mark, which is shortly before he starts talking about me and the class.

I’ve only run into Keith once since that class, in Indian Creek Canyon, Utah, about 15 years ago.

I’m super psyched for him, he’s not only an awesome photographer, he’s a super nice guy who’s worked extremely hard and he deserves every bit of success that’s come to him.

I was extremely excited to hear that president @barackobama announced the protection of 1.3 million acres designating Bear Ears in southeastern Utah and Golden Butte in southern Nevada as #NationalMonuments! The Bears Ears region has long faced aggressive attempts from oil and gas companies to develop it, looting of archeological and sacred cultural sites, and unmanaged off-road vehicle use. For two years, @Patagonia has focused its support on the historic vision of the Bears Ears Inter-Tribal Coalition and grassroots allies at Friends of Cedar Mesa and Utah Diné Bikéyah. The designation of Bears Ears National Monument brings protection for Native American connections to the land, together with stewardship of the natural beauty and world-class recreation of the region. See @patagonia’s new film Defined By The Line to learn more!

Video: The Snow Bike and The Super Clamp
Photographing Cyclocross, Week 4
The Nikon 70-200mm f/4 ED VR AF-S Lens- Now Available
3 Ways to Overcome Creative Block
May Sale - Save 20% on My Photography eBooks
Check Out My Brand New iOS Photography Apps
Treasured Lands - A Stunning Photography Odyssey Through America's National Parks, By QT Luong
You Don't Have To Buy Every New Camera That Comes Along