The 3 Main Advantages of Mirrorless Cameras Over DSLRs 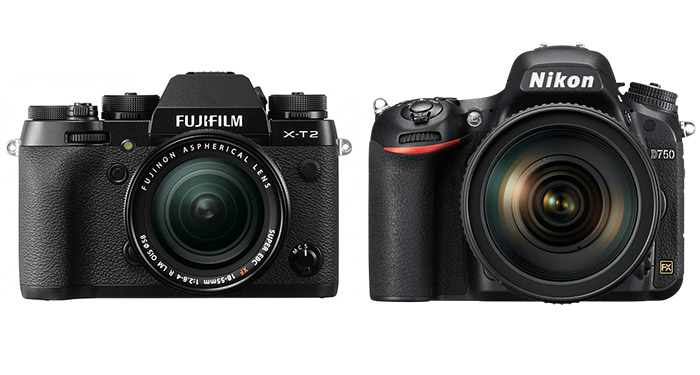 Up until a few years ago, DSLRs ruled the camera world. If you wanted the best performance and image quality you bought a DSLR. Plain and simple. That’s just the way it was, and in the minds of many people, that’s still the prevailing mindset.

However, mirrorless cameras have now evolved to the point where many of them can now compete with DSLRs in just about every way. In fact, the latest generation of mirrorless cameras from companies like Fujifilm, Olympus and Sony offer an extremely high level of performance and value when compared to similar class DSLRs.

As someone who has fully transitioned from DSLRs to mirrorless cameras in the past few years, I can attest to this increase in performance and usability, even for shooting challenging or tricky subject matter. In addition, mirrorless cameras have allowed me to explore photography in creative ways that were not previously possible with my DSLRs.

Mirrorless camera technology actually offers some huge advantages over DLSRs and these benefits can make a huge difference in your photography. They can allow you to do things you can’t do with a DSLR.

Although there are many differences between the two types of camera, in my mind, there are the 3 most important advantages that mirroless camas offer over DSLRs. Keep in mind, these are just the three big ones. There are many more.

This is the big one, and it’s the primary reason that many photographers have decided to dump their DSLRs and switch to mirrorless.

The DSLR pentaprism and mirror assembly was a fantastic invention, but for as cool as this design is, all that extra glass adds significant size, weight and cost to the camera. Without these two elements, mirrorless cameras are smaller, lighter and easier to carry that DSLRs, and for many shooters, that can be a huge advantage.

Going light and fast means you can cover more ground, it means you don’t get as tired so easily. It means your back doesn’t hurt, and it means you can sling your camera around your shoulder by the strap and carry it like that for longer periods of time. I like to joke that my new favorite camera bag is the strap.

It means that your camera is often more easily accessible, and if there’s one thing that will help you shoot photos, it’s having your camera more accessible. 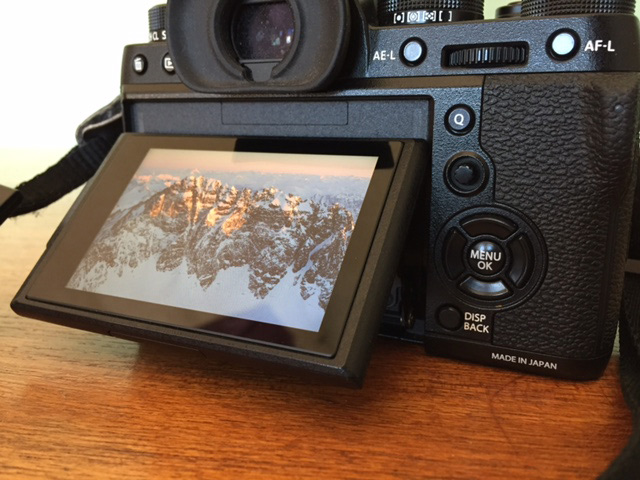 Although the size and weight thing is the most obvious difference, this is by far the most important advantage that mirrorless cameras have over DSLRs.

Why? Because with a mirrorless camera, what you see is what you get.

Having a full time Live View LCD screen and/or electronic viewfinder gives you the HUGE benefit of being able to shoot with a WISYWIG approach.

In other words, what you see on the screen is EXACTLY what your image will look like.

How many times have you shot photo with a DLSR, only to be surprised by a botched exposure or a different level of contrast or color cast that you were expecting?

When you shoot with a mirrorless cameras, there is no surprise. Your picture will look just like what it looked like on the screen right before you pressed the shutter. This is a tremendous benefit when shooting in tricky light or if you’re trying a technique or creative approach and you’re not sure if it will work or how you should implement it to best capture your subject matter.

This benefit is enhanced even more if you have a tilting LCD screen, because it allows you to use the screen like a “waist level finder” or shoot at angles that would normally be difficult to see with a traditional viewfinder, like over your head and around corners.

And with many cameras, you can even overlay a histogram and display your camera settings on the screen for even more precision.

Yes, it’s true that just about every DSLRs today also have Live View Mode, but… (and this is a big but), there’s a very important difference while I’ll explain next… 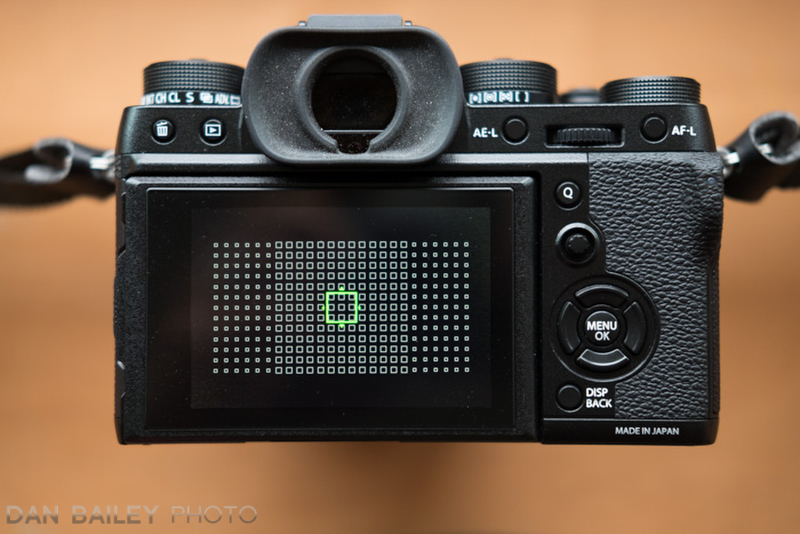 Basically, with mirrorless cameras you get full-time, full-power, fast autofocus whether you’re using the LCD or if you’re looking though the viewfinder. This isn’t the case with DSLRs.

Phase Detection relies on a secondary mirror and a fixed autofocus module in the bottom of the camera. This type of system splits the light into two separate images, then compares the pair and adjust accordingly into make them identical.

The benefit of Phase Detect Autofocus is that it’s fast, and usually very accurate. If the image isn’t quite in focus, the AF module quickly tells the lens which way the lens needs to go.

The downside to Phase Detect AF, is that it needs a lot of light. You’ve probably noticed that DSLR autofocus tends to slow down and “hunt” more in lower light.

Also, Phase Detect AF sensors only work with a high degree of accuracy when they’re placed in or near the center of the frame. (You’ve probably noticed that DLSR AF sensors are always set in an array near the middle of the viewfinder.) This creates problems if you’re trying to focus on subjects that are placed near the edges.

Contrast Detection autofocus measures contrast on the sensor itself, much like when you’re manually focusing on a ground-glass screen on an old SLR or view camera.

Contrast Detect systems are extremely accurate and they work better in lower light situations. However, they’re not always very fast, and since they don’t measure distance like Phase Detect AF do, they’re not very smart.

In other words, if the image isn’t in focus, the system doesn’t know which way to go. That’s why you get the “hunting” effect before focus is established. This makes it extremely difficult to track moving subjects with Contrast Detect autofocus. However, it does allow you to achieve precise focus on subjects anywhere inside the frame, even at the edges and corners.

You’ve probably noticed that when you switch to Live View on a DSLR, your autofocus suddenly gets really slow and sluggish. That’s because DSLRs switch to Contrast Detect autofocus when they’re operating in Live View mode.

Here’s why this matters

Even though the PD pixels are placed near the center of the frame, they work in conjunction with the CD pixels to give you a comprehensive and powerful AF system that’s controlled by increasingly faster processors and better software algorithms.

This gives you the best of both worlds. You get the speed and tracking capabilities of Phase Detect, and the accuracy and focusing flexibility of Contrast Detect, even if you’re using the LCD screen. Again, DSLRs will ONLY use Contrast Detect AF when they’re in Live View.

Back in #2, I told you how much of a benefit it is to have a full time, Live View LCD screen. When you add in the autofocus component, you suddenly add an even bigger advantage.

Although I loved using SLR and DLSR cameras for many years, I have found a renewed sense of liberation, creativity and inspiration since switching to mirrorless. I hear this exact same testament echoed by many other photographers. In fact, I don’t know anyone who has regretted making this jump or who wishes they still shot with DSLRs.

With all of the technology benefits and reduced size/weight they offer, I would strongly encourage anyone who’s in the market for a new camera to consider going mirrorless. It’s the way of the future and as the technology keeps progressing, it’s the DLSRs that will soon find themselves outgunned. In fact, many consumer level DSLRs are already falling behind when it comes to usability, features and performance of today’s mirrorless cameras.

One last thing: If you’re thinking about moving towards the Fujifilm X Series cameras, you should download my free Fuijfilm Tips and Tricks Guide. It details a host of other features that will help you understand what they do and how to get the most out of the system.