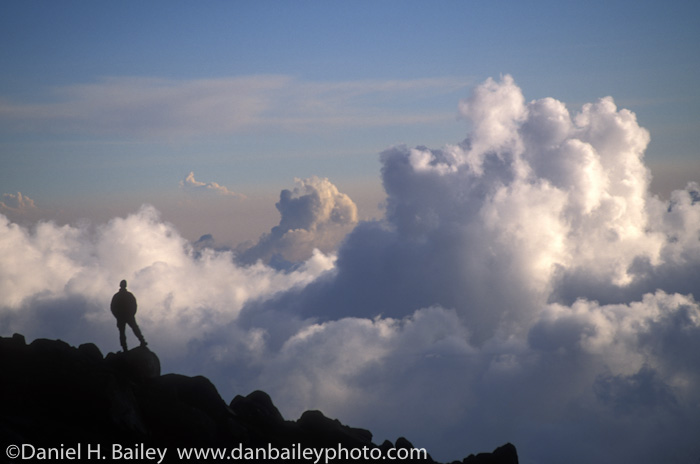 I’m as giddy as a school boy about all the exciting new possibilities that lay ahead with projects, image ideas and prospective new work, and judging by all the Twitter and Facebook activity that I’ve been reading during the past couple of weeks, I’m not the only one.

After slugging it out in 2009, it seems as if the photography world is finally back on it’s feet.  We’re not talking rock solid stance here, but it’s certainly not lying comatose with an IV stuck in its arm either like it was during the first calendar page of 2010.

I don’t have exceedingly fond memories of one year ago. Assignment work had all but dried up, few people had money to spend on photography courses and my stock agency income had crashed like an ultra marathoner that had hit the wall and run out of GU. Plus, I was still the relative “new guy in town” here in Anchorage and even though I was starting to make waves, I still wasn’t getting very much work from the local design and advertising community.

However, now looking back, it’s almost intriguing to me how I managed to crawl out of the rubble and turn it all around. For months, I had been wracking my brain, trying to figure out what else I might do if photography continued to fail. As I mentioned in my Top 10 Highlights for 2010 post, I spent about five solid weeks doing online technical writing, which serendipitously evolved into my regular position at The Photoletariat.

By February, the bleeding stopped and the phone actually started to ring again, By Springtime, I felt like I was finally climbing out of the rubble pile, and by summertime, I not only felt like I had rescued my business from utter disaster, I was actually started to see a host of new possibilities that not only allowed me to get things back on track, but that allowed me to actually be in control of my own destiny.

Although I pride myself on my ability to work hard, I feel that the effort and energy that put into brainstorming, creativity, marketing and production in 2010 topped all previous years by huge leaps and bounds. My brain is nearly exploding from all the new ideas I have, and like I said above, from what I’ve been reading, there’s a good chance that yours is too.

We stand on the edge of a new dawn. The economy is indeed recovering and the internet has provided us with an entire new world of potential clients, customers, collaborators and colleagues who can inspire and motivate us.

By some estimates, there are now two billion people online. Two BILLION. If even one tiny, minute fraction of a percentage of those people became your customers, you’d be well on your way achieving success. All you need to do is find them and think of creative ways to make them want to buy into your brand in some way, whether they actually buy your products or even just refer you to others. In this new age of social media, word of mouth carries much more power than it ever did in the past.

I closed out 2010 with a slew of new equipment, software and computer upgrades and renewed enthusiasm in preparation for 2011. I’m actually more excited about my photography business than I have been in years, both creatively and professionally, and if you’ve recovered from the beating that we all took in 2009, then I’ll bet that you are as well. We just need to stay focused and stay motivated. Success is out there for us, we just need to reach out with long creative arms and grab it.

So, take a deep breath and get ready, for we’re all about to jump into a very promising new year as we continue on our path of creative image making. Let’s see what we can learn and accomplish this year.

The Best Tripod (Is the One That's With You)
How to Become a Pro Photographer eBook, Revisited
Photographers, How Was Your Summer?
Book Review: The Moment It Clicks, by Joe McNally
Brand New eBook- Creative Photography Techniques
20 Ways to Jump Start Your Photographic Creativity
My Early Years: Curt Lyons Rock Climbing at Vedauwoo
Fuji Announces the Long Awaited X-Pro2