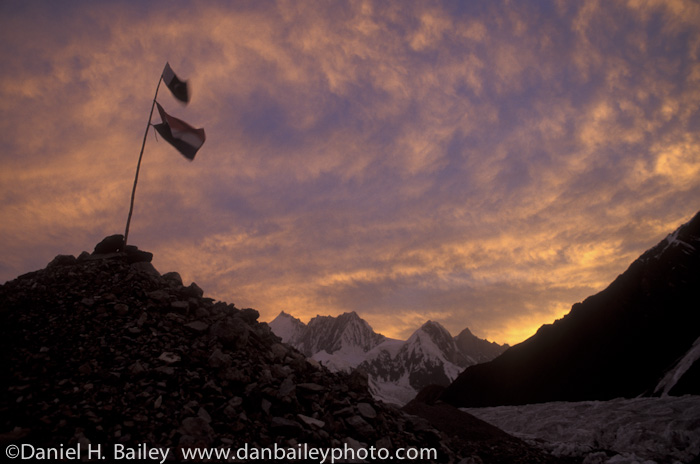 Today is February 2, more commonly known as Groundhog Day, and today, Punxsutawney Phil did not disappoint. In Central Pennsylvania, the famous little critter crawled out of his hole and saw his shadow, which of course, signifies that we have six more weeks of winter.

I live in Alaska, so this is pretty much a no brainer. Of course we have six more weeks of winter, if not eight, or ten. Or even twelve, depending how early April shapes up.

However, I’m not here to discuss the length of the seasons or an odd 132-year old tradition that’s based on the hibernation patterns of the common woodchuck.

To me, February 2 is special for another reason. It’s signifies the day I bought my first real camera.

On the afternoon of February 2, 1990, I walked into Bromfield Camera in downtown Boston and threw down $550 for a silver Nikon FM2 and 50mm f/1.4 lens. That moment marked the official start of this amazing photography journey, which as of today, has lasted 28 years. 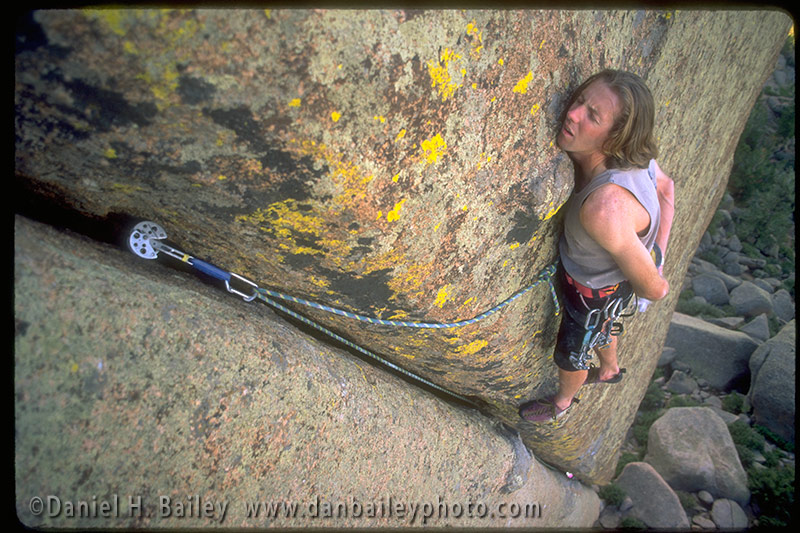 28 years is a very long time. I have friends who aren’t even 28 years old yet and many more who weren’t even in first grade when I was roaming around the streets of Boston with my trusty Nikon slung around my neck.

An entire generation of Instagrammers didn’t even exist yet when I was out hiking and scrambling around rocks with the camera during those early days or when I took my first big photo trip to Nepal in 1993. Many of the young contemporary photographers who are making waves in the industry now were but pimply-faced junior high kids when I was selling my first photos to magazines and shooting my first assignments.

And at the same time, there are people in my life who have watched this entire journey from a front row seat, or at least part of it. How interesting would that have been, to watch young Dan Bailey become enamored with photography and follow it with such enthusiasm for nearly 3 decades. 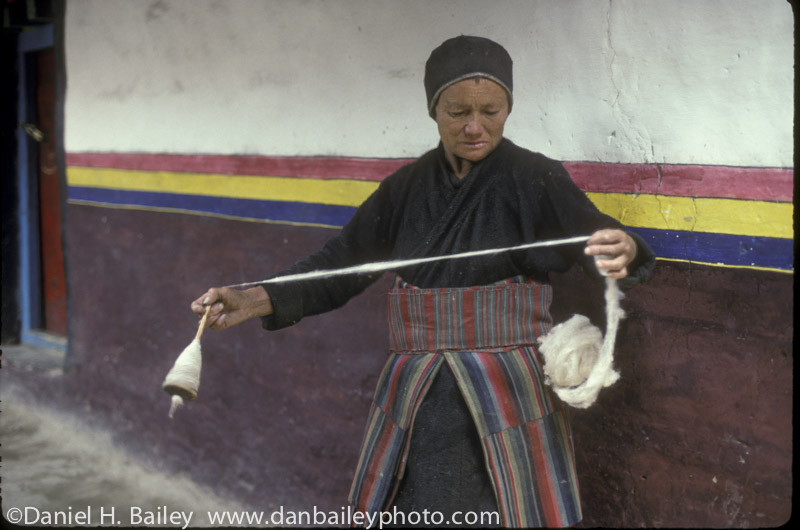 28 years is a very long time. That first Nikon ended up getting stolen, but I bought another. When I first started, I shot Kodak Gold 200 print film. Within a year, I started shooting Kodachrome, and in 1993, bought my first roll of Velvia and began my long love affair with the Fuji colors.

Back then, I was captioning my slides by hand with a fine point black pen and stamping them “©Daniel H. Bailey” with a custom stamp and one of those ink pads. I’d sit in my little studio apartment in Cambridge, MA, and get one or two pages done in the evening after work.

On a big night, I’d get 3 pages captioned- 60 sides. Eventually, I got a little beige Mac Classic and a printer and graduated to using Cradoc Captionwriter software to print out my captions on Avery Labels.

By the mid-90s, I had fully embraced autofocus and as that decade came to a close, I was well on my way as a budding pro photographer. Each week, I shipped out pages full of my best slides to clients and prospective clients. My life revolved around my light table and file boxes full of slide pages. I got to know my Fed Ex and UPS delivery guys quite well. We were on a first name basis.

I had also started teaching photography classes. Top pro adventure photographer and National Geographic contributor Keith Ladzinski was one of my students. Imagine that: in a way, I taught the best of the best, or at least made an impact. At the time, my camera arsenal included the N90, N90s, F100 and F5.

In the early 2000s, my skills and reputation had grown considerably, although that didn’t stop the extreme downturn of the Post 9/11 economy. I weathered that big recession and continued on. 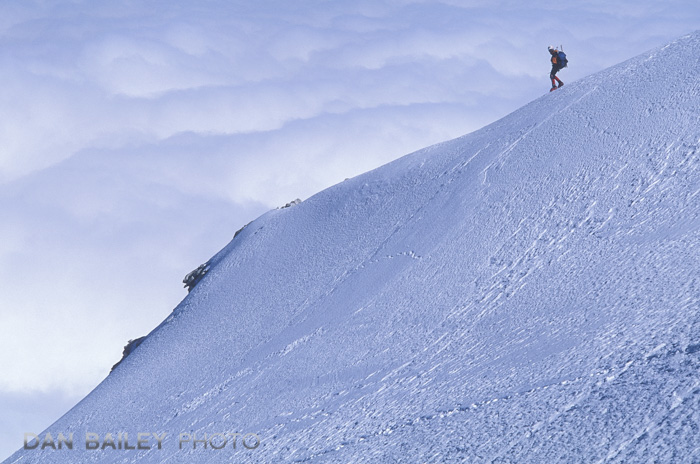 In 2003, when my good friend Paul closed his high-end photo lab, I went digital. I bought a Nikon D200 and had to learn an entirely new way of editing, cataloging, and a brand new skill called “processing.” There was a whole new term, called “workflow.” Mine involved Photo Mechanic, Photoshop v.3 and iView Media Pro. Fifteen year later, I’m still using Photo Mechanic and Photoshop, and MediaPro is now included in Capture One Pro.

I wasn’t using film anymore, although I was scanning my best slides to disk and still sending out my old Velvia images to clients. They were still getting used, although as digital cameras got better, those film images just weren’t holding up as well to the new higher resolution sensors.

In March of 2007, I downloaded WordPress to my computer and started this blog. Blogging turned into a pretty big thing for me. Who knew? The article you’re reading right now is the 919th post I’ve written on this site. If you’ve read some or most of them over the years, then I’d like to thank you for your patronage.

In September of 2008, I moved to Alaska and weathered another big recession. I also began my pilots license. Three years later, in the fall of 2011, I bought my first Fujifilm camera and started my amazing journey with the X Series. By then, I’d already bough my little Cessna and began my adventures as a bush pilot and aerial photographer.

Around then, I wrote my first eBook. I have seven now. In 2015, I had my first real book published. My third one will be out this spring. 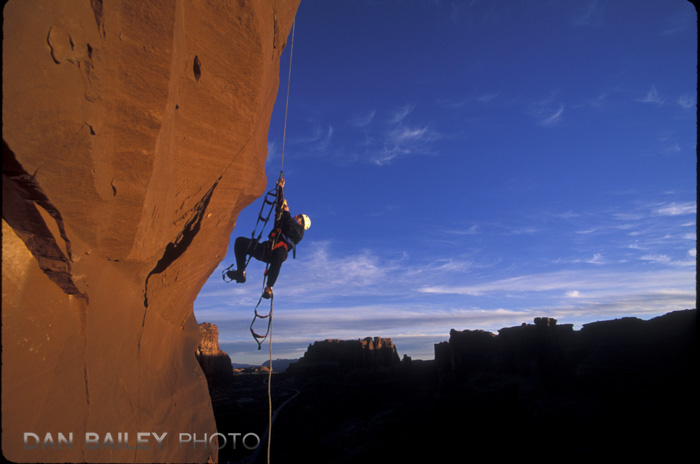 28 years is a long time. My photography life has spanned my entire existence as an adult, (I was 22 on that fateful day). It has lived through an extensive history of important world events as well as a memorable collection of moments in my own history.

Anyone who knows me will say that I am photography and photography is me. We’re forever intertwined. It’s been such an amazing and inspiring journey so far, one that I never would have foreseen 28 years ago.

Back then, I was just an energetic kid with a new found fascination for this cool, creative craft. Not much has changed. I’m still that kid. I still love it just as much, in fact, way more. I’m still just trying to follow my dream, I just have 28 years of experience and practice under my belt.

What do you think you can accomplish in that kind of time frame? That’s an exciting question, isn’t it?

As I look at my own shadow today, I can only imagine what the next 28 years will bring. I’m looking forward to finding out.