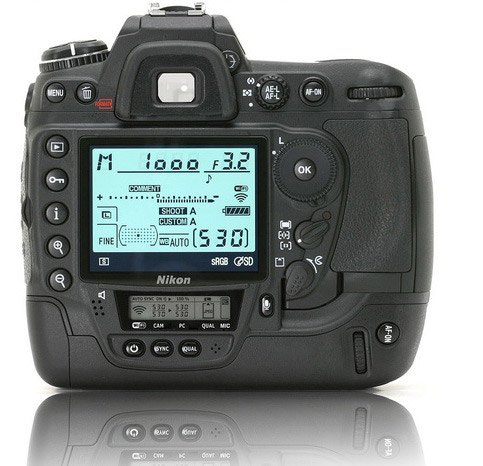 Modern digital camera technology is often hard to understand by “regular” people who are not scientists or photographers. For those laymen who aren’t completely self absorbed and obsessed by cameras 100% of the time, here’s a primer on what these terms actually mean.

Autofocus (AF)– The system on a DLSR camera that is guaranteed to fail when you absolutely need it the most. For example, when you’re shooting subjects like the Olympics, Bigfoot, UFOs and the Loch Ness monster.

Burst Mode – The feature on a DLSR that causes you to spend even more time at your computer editing images. Workflow is increased in direct proportion to how many frames per second your camera will fire. Note: If your camera does not have Burst Mode, then you cannot use it to shoot sports, including your kid’s soccer game.

Color Balance – The part of photography that gives you the most headaches when trying to output your images to an expensive printer.

Dynamic Range – The measure of how good your digital camera sensor is at recording the really bright and dark parts of your scene that no one will every be able to see anyway.

Exposure Bracketing – The feature on a DSLR that thankfully lets you forget everything that you ever learned about proper exposure, and that will ensure perfect pictures every time. When combined with Burst Mode (see above), you will automatically triple your workflow.

Face Detection – Special algorithms that have been secretly placed inside your camera by the Facebook software engineers so that pictures of people can automatically be tagged as soon as you take them.

Image Resolution– The measure by how sharp your pictures will be when you stand up close and view them from only an inch away, even though no one really looks at pictures from this distance. If you stand back, all pictures appear to have the same resolution.

ISO – With digital photography, “ISO” is now a completely irrelevant term that is only used on DSLR cameras to make us think that we’re still “serious photographers,” even though we don’t shoot film anymore.

Image Stabilization– Reviews will show that DSLR cameras may be difficult to hold steady for a long period of time by photographers who drink too much coffee and by amateurs who hold their cameras “wrong.” Image stabilization will help to minimize picture movement by digitally stabilizing the camera and picture for those times when you’re too lazy to use a tripod.

Live View – A feature that’s designed for younger photographers who were raised on small, viewfinder-less point and shoot cameras. Live View mode lets them feel like they’re really taking pictures without making them have to cram their face against the back of the camera like we all used to do.

MegaPixels – The all important benchmark in digital photography. The number of MegaPixels your camera has is what determines how expensive it is, and how fast you’ll fill up your hard drives.

Optical Zoom – Instead of making you actually have to get closer to your subject, the Digital SLR camera lens does the work for you by enlarging the field of view. Optical zoom is a better feature than Digital zoom because the word “Optical” implies light, whereas the word “Digital” just means numbers. We all know that “real” photography is not about numbers, it’s about light.

Scene Selection Modes – This is how you know if you have a “Pro DLSR” or a “Prosumer DSLR.” If your camera has person running mode, flower mode, mountain mode, crescent moon mode and person wearing a hat mode, then it’s a “Prosumer” model. If you don’t have any of these modes, you have a pro camera and should already know how to take photos of mountains and people wearing hats.

White Balance– This extremely useful feature on modern DSLR camera means that you don’t have to carry around a large bag of colored filters that only fit on the front of your “regular sized” 50mm lens anyway.