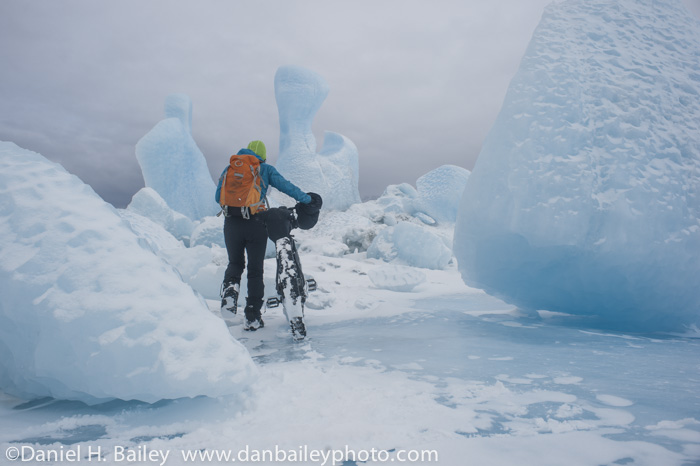 No matter how much you want it, sometimes the brilliance just doesn’t come. You’re fully prepped and ready for ideas to pour forth from your mind, but despite strong motivation to be creative, you sit stagnant. Nothing new comes out. At least nothing new that excites you or satisfies your artistic and imaginitive urges.

This block happens to everyone. Writers even have a special name for it. Photographer’s block doesn’t quite have the same ring, but it’s pretty much the same thing. More often than not, it’s our own expectations for perfection that get in the way and clog up the pipeline. Other times it’s because we’re so distracted in life that we can’t focus.

Regardless of the reasons, it’s no fun to be in a rut. Here are three simple ways to overcome your creative block and start the flow rushing again.

Creative ideas don’t live at your desk. I use that saying metaphorically, because we don’t usually shoot photos while sitting in our office chairs, but we do spend a great deal of time there. Most of us also spend a great deal of time in the same locations. Getting away from your regular path can make a huge difference because sometimes it’s difficult to come up with new ideas when you’re following the same routines.

Bust out. Take a trip. Hike a new trail. Hell, walk a different route to the store. That alone will expose your eyes and brain to new sights, sounds and other sensory input. Usually that’s enough spark to fire up the old creative engine again.

2. Use a Different Tool

As a guitar player, I also get in creative ruts when it comes to writing music and coming up with new melodic ideas. I get stuck in the same old scales, chords and riffs that have been melded into my brain and fingers for years. I end up playing the same things over and over again, stuff that I could play in my sleep.

A few weeks ago, I bought a harmonica. Totally new instrument that requires completely different techniques that my brain and body aren’t nearly as familiar with. I’m still playing music, but since I have to think and work in a new way to make sounds and melodies, my creative mind is being exercised in an entirely new way. I come up with original ideas that I’m able to expand on when I go back to the guitar.

Sometime I’ll even switch to an entirely new medium for awhile, such as sketching or writing. Stuck on picture taking? Try writing a story or drawing a picture. It’s not pictures, but it’s still creativity.

With photography, try using a new piece of gear. A less familiar set of buttons, dials and optics will surely stretch your brain and ignite something new. Try shooting with a different camera. Dig out that thing that’s been living in your camera bag for years that you rarely use. Consider renting a new lens for a week or so. This is a great, and very economical way to break things up.

3. Use Limitations our Rules

It’s been shown that many of our creative blocks in today’s life are due to our endless excess of choices. We simply have too many options. (I get caught up with this one.) With a multitude of selections at our fingertips, we spend an inordinate amount of time mulling over all the possible choices at the total expense of our own creativity.

Rather than go use our camera, we waste time by thinking too much about what piece of gear is the exact best choice for the job, or worse, concerning ourselves with what other people think about it. This wasn’t an issue before social media was invented; people used whatever gear they had on hand. In fact, some of the greatest creative ideas in history came from people who had an extremely limited selection of choices at their disposal.

Chances are, you already own the right gear- YOUR gear. Go out and use it. Take things one step further and apply limitations or rules to your methods. Leave the house with only one body and lens, or maybe just a compact camera. Say “I’m only going to shoot wide angle shots today, I’m going to focus on closeups or only do [insert your rule here] when I shoot this afternoon.”

Do these things with an open mind and your creative blocks will start to dissolve.

A Great Image is about the Relationship Between Two Elements
One More Week to Save 25% on My eBooks
Be Honest: Are Your Photos Really That Good?
Wrangell Mountain Scenics, Alaska
Download My Brand New eBook, ZEN PHOTOGRAPHER
Photographing Cyclocross with the Fujifilm XE-1 and X20
There is No Failure in Creativity
3 Examples of How I Use Luminar to Process My Photos