The Satisfaction of Actually Making Something Real 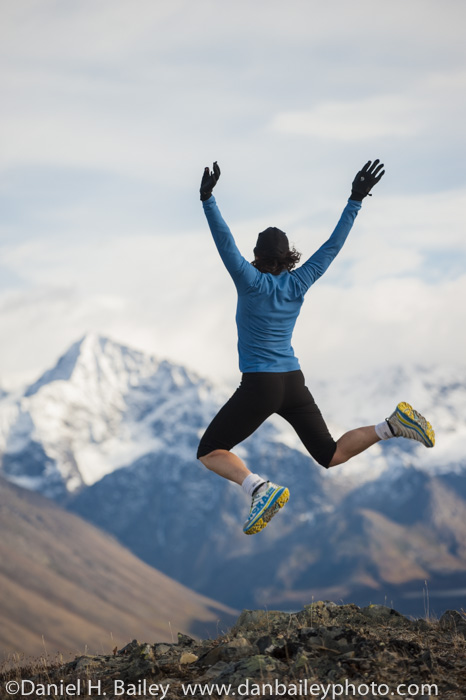 How often do you ask yourself this question:

“What am I going to DO this year?”

If you’re anything like me, you probably have an enormous list of objectives and projects that you hope to accomplish during the next twelve months – peaks to climb, trails to ride, places to visit and photograph… My guess is that the really hard thing is not deciding what you want to do, but figuring out how to actually fit it all in this year.

Yea, that’s a tough one indeed, so let’s not even go there right now. Instead, let’s focus on something else entirely. Rather than asking the question, “what am I going to DO…”, I’ll pose this one:

What am I going to MAKE this year?

Now that’s in a different realm. Of course, as photographers and creative types, it would seem that we have no problem with this one, but stop for a minute and think about the last time you actually MADE something tangible. Real. Not involving the electronic array of ones and zeros.

This is a tougher one for some people, including me. Much of my life these days revolves around digital photography and writing online. The sad reality of this fact means that the vast product of my creative labors and ideas would disappear in a flicker if the computer screen went dark. 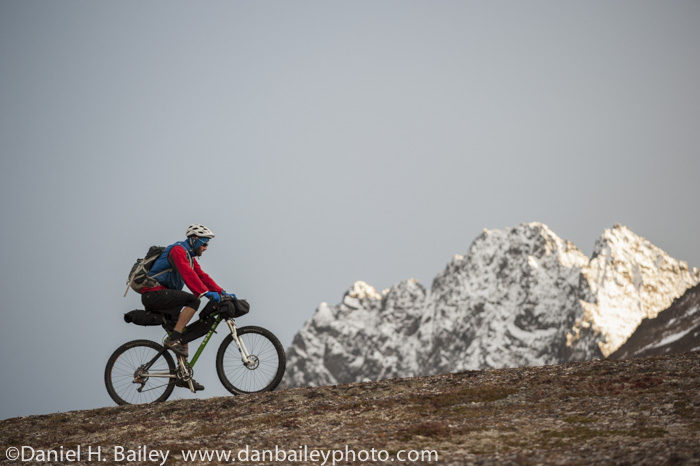 I have a really hard time with this one for a couple reasons. Aside from the fact that everything I do depends on the stability of a handful of a few electronic storage devices, (which is why I wrote this post on backing your stuff up!) so much of this photography stuff is simply intangible.

Sure, I make prints, but even that’s not really about ME making something, it’s about hitting Command-P on the keyboard, or uploading a digital file to a third party reproduction house. Although the finished product is technically mine, it’s mine intellectually, but not physically. To me, making something is about using your hands and your skills and coming up with something totally original that wouldn’t exist unless you fabricated it in some way.

This is why I find myself so attracted to the things like sketching and journaling especially while on trips. I love the intrinsic nature of running pencil on paper as I scribble (and struggle) to create a two dimensional abbreviated visual or verbal representation of some real life thing or event. However, while drawing and writing are certainly creative outlets and indeed very “hand” oriented, scribbling for page after page in my little notebook is essentially just practicing.

While there’s absolutely nothing wrong with that, sometimes I just long to create something a little more “finished.” Something real. Something permanent. I do love to cook and bake bread, and while this doesn’t give me anything permanent, it does give me the satisfaction of completing a finished, creative project, which always feels (and tastes!) awesome.

I read fantastic post last week called 2014 Resolution: Do Things, Make Things, and yes, I’ll admit, that’s what got me thinking about this whole concept. The gist of the article is that we as humans are much happier when we create things. We spend so much time in today’s society consuming the stuff that other people make, whether they’re TV shows, YouTube videos, Facebook posts, web articles, photographs, music, movies, advertisements, that we don’t make time to actually do anything for ourselves. 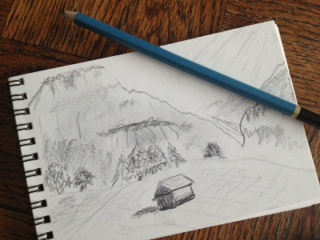 Again, as outdoor photographers, we’re already ahead of this statistic, because we’re out there DOING fun stuff and MAKING images of the places we visit. Also, from what I’ve read from your comments and other social media interactions, it would seem that most of you, my readers, are pretty darn happy. I would just encourage you to push your creativity towards more finished projects this year and see where that takes you.

They don’t even have to be photography related. I recently made a gift for someone that was a essentially a “published” collection of sketches, using those adhesive photo corners and a little 8-page blank board book. It wasn’t fancy by any means, but it was a complete project that I MADE, and it felt really good to see and hold the finished product in my hands. Also I have a few song ideas that I’d like to finish and record this year. This is always big for me, because often times I spend way too much time noodling on the guitar instead of actually creating.

And really, don’t count out the online and digital stuff, because there are tremendous opportunities to be creative using these new mediums, whether it’s as simple as posting a finished article about an adventure you had, making a print series surrounding a specific project you shot, writing and publishing an eBook or making a Blurb book about your recent trip or adventure.

Creativity and ideas- how much fun are those two things? So many possibilities, so little time. You’d better get cracking, 2014 is already six days over!