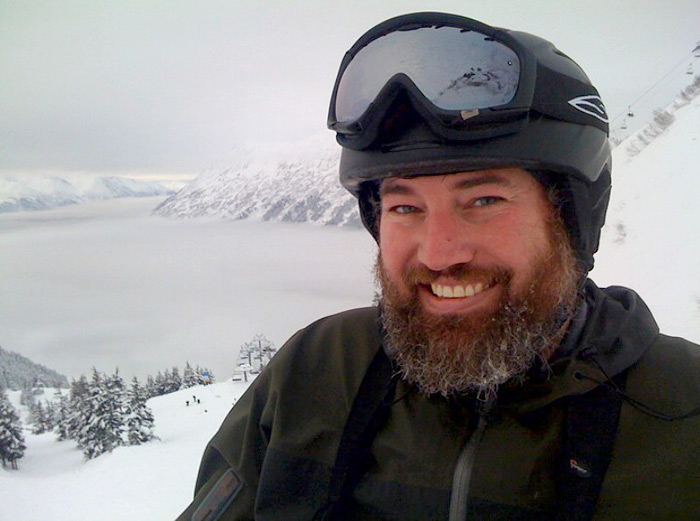 Even though my adventurous style of photography demands that I go light and fast with my camera gear, I still try to carry a flash whenever possible. Why? Because the light from just a single flash can make a dramatic difference in the quality of images I’m able to create, even in the outdoors.

My standard “light and fast” lighting rig consists of a Nikon SB-800 Speedlight (an SB-700 would be a possible alternative), an SC-28 sync cord and a Lumiquest Softbox III.

Inside my Lowepro Photo Runner 200 pack, the flash goes in the camera compartment, the cord in the top lid, and the softbox folds flat and gets shoved into the outside pocket. While the flash adds some weight to the pack, the cord and softbox take up a nearly imperceptible amount of space, and together, they greatly increase my shooting options in bad light.

Here’s an example: December in Alaska. The ambient light is dim, cloudy and white. If I shoot a portrait of my friend Jim straight with no flash, I get a photo like the one above. Ok, but it’s certainly nothing to write home about. Good enough for a status update, but that’s about it.

If I spend a couple extra minutes and bring out the flash, I can greatly increase the quality of light on my subject. All I did here in the second shot was hold the flash/softbox combo in my left hand, place it just out of frame to the left of the subject and shoot TTL. 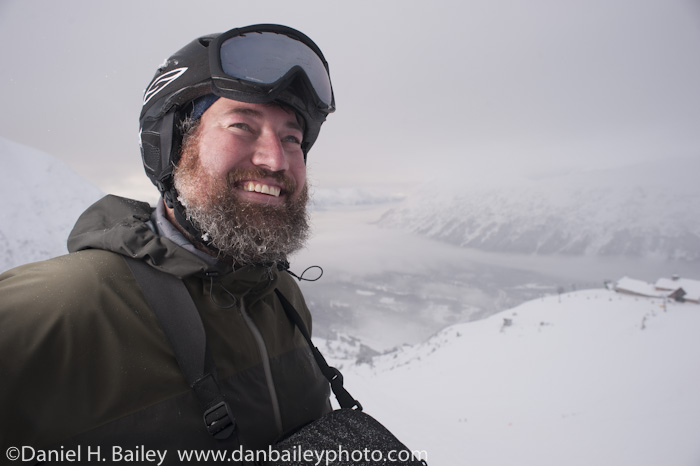 Way more appealing light, wouldn’t you say? That extra light from the flash gives the subject much more life, and the Softbox III adds a pleasing quality and dimension, without going too soft. I set up, framed and snapped this second photo in no time at all. It actually took longer to dig out the lighting gear and turn on the flash than it did to shoot the five or so frames that I took in this series, and that took barely any time at all.

Looking back, I probably could have set the background exposure a little darker. With all the blown out white light from the snow, that would have made the shot even more dramatic. Oh well, you shoot, you learn. That’s how it goes, right?

Like I say in my latest eBook, Going Fast With Light, “Good light doesn’t have to slow you down.”

I mean it. Get yourself a lightweight lighting rig and go have some fun with it. I guarantee, you’ll be excited about the shots you get.

Read Part 2 of this article here. 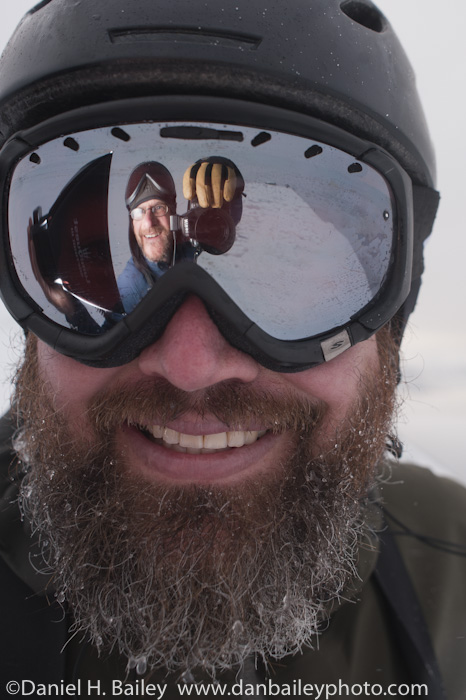