After all these years as a pro outdoor adventure photographer, the enevitable finally happened. I dropped my camera.

I was hiking towards the summit ridge of Missouri Mountain in the Sawatch Range of the Colorado Rockies, trying to bag my third “Fourteener” of the day. I was tired, and I slouched forward a bit under the load of my backpack as I trudged up the trail as it traversed along a steep hillside. Suddenly, I felt an odd shift of weight at my waist and then heard a loud ‘clunk’ at my feet. I looked down with surprise and a bit of shock, and realized that my Nikon D300 had fallen out of my camera bag. My bag is quite old, and the foam is so worn, that it lacks the rigid support that it once had, and the velcro closure has lost much of its ‘stick.’ (Unfortunately, they don’t make my particular bag anymore, but we’ll cover that in a future blog post.)

Gazing in horror, I swore out of sheer helplessness as I watched the camera bounce off a rock and begin rolling down the roughly 30-degree hillside. There was little I could do except follow with my eyes as it careened away from me, cringe as I listened to the continuous clang of metal banging on stone, and hope that it wouldn’t pick up any more speed. Eventually, though, it came to a stop about thirty feet down the hill, and I hopped over the edge of the trail and went after it, almost knocking a few more rocks onto it in the process. 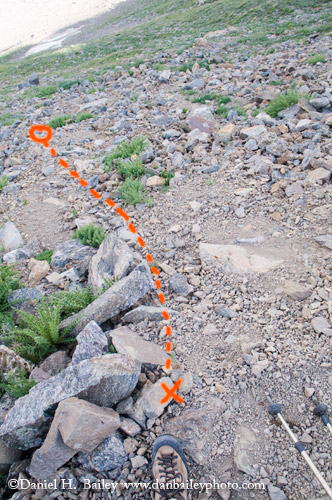 Upon retrieval, I turned it on and immedately took a picture. It seemed to work fine, so I began a quick inspection of the body for any signs of damage. Miraculousy, and much to my relief, the LCD screen had escaped witout any damage and the plastic cover that protects the screen didn’t have a single scratch on it. Next, I checked the battery compartment and the memory card door. Both worked fine. Camera controls? No visible damage. Flash? Seemed ok. Hot shoe? No dents.

In fact, the camera itself didn’t sustain a single dent, and the only evidence of the accident are a few small scratches on the bottom corner of the body. Most of the damage was sustained by the metal hood on my 85mm f1.8 lens, which was bashed in pretty far, probably because it took the full impact when it fell two and a half feet out of the bag and hit the rock. That’s hardly anything to worry about, though, and as I always tell my students, it’s better to dent the front of your hood than the front of your $400 lens. As far as I’m concerned, the lens hood did exactly what it was designed for- it took the brunt of the fall and protected my lens itself from any damage. 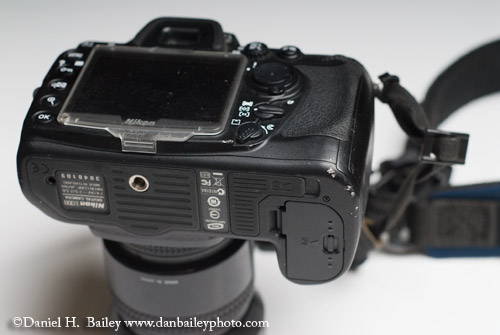 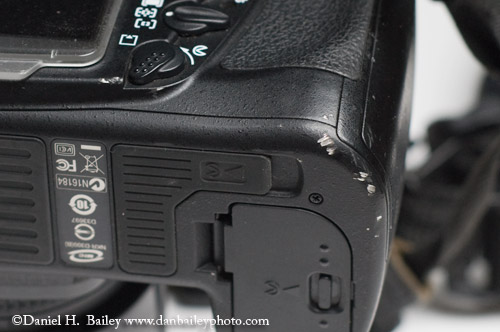 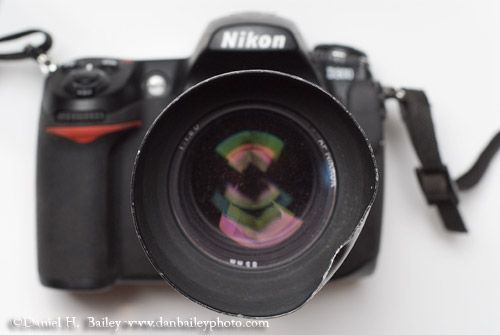 I have to hand it to Nikon, the rugged structure of the magnesium-alloy chassis held true to form, which certainly reaffirmed to me the high quality and durable construction of the D300. I’ve always maintained that Nikon makes cameras that are built to withstand the rigors of professional use, and I’ve certainly used them in demanding environments over the years in, but until yesterday, I’d never actually dropped one. Add one more notch to my product testing belt.

Now, I need to see about getting a new camera bag.

Featured Image: Denali (Mt. McKinley), Denali National Park, Alaska
Book Review: The Moment It Clicks, by Joe McNally
Why You Shouldn't Center Your Subjects In The Photo
The Manfrotto BeFree - A Lightweight Affordable Aluminum Travel Tripod
A Look Back At 2015, Part 1
3 Examples of How I Use Luminar to Process My Photos
Happy New Year and Best Wishes for 2018!
Photography Composition Tip - Keep the Edges Sacred