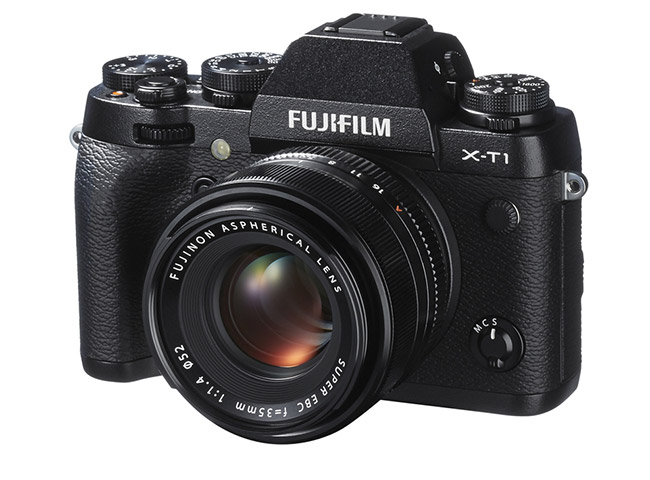 By now, I’m getting pretty familiar with the new Fujifilm X-T1, having shot well over a thousand frames with it in a variety of conditions over in Iceland and back here in Alaska.

I’ll continue to do more extensive reviews of this awesome new camera so that by the time it’s released on March 7, you’ll have a solid understanding of how it performs and what to expect, should you decide that to add it to your arsenal.

The other day, I put up a detailed look at how well the X-T1 autofocus system actually tracks moving subjects. If you shoot action, sports or like the idea of continuous AF tracking at 8 fps, you’ll want to see this post! Today we’ll take a look at the X-T1 image quality.

Note that since Lightroom isn’t able to read the X-T1 RAW files yet, these are all straight JPEGS with no correction of any kind, except for the northern lights photo. I did some basic exposure adjustment on that shot just to lighten it up.

To give you an idea of how photos look from his camera, I’ve put together a sample of collection that illustrate the image quality of the Fuji X-T1. Each of these photos links to a full size version that’s sitting in my Dropbox folder so you can zoom in and do a critical inspection of resolution, noise and sharpness.

1. Out the Airplane Window

The benchmark of any camera, of course, is how well it shoots out the airplane window. While this is predominantly iPhone territory, I decided to wade into the waters of this subject with my new X-T1. This was shot at ISO 250 in Velvia mode, 1/100 at f/4.5 with the XF 27mm pancake lens. This is a superb little lens, with the key word being little, or rather tiny. It’s got a 41mm full frame view, which makes it a fun little all around lens when you don’t want to get too wide.

Even outside the thin plastic Boeing window, check out how sharp both the wing and the distant mountains below are. In great light, the X-Trans sensor does a incredible job. Click for the full size version. 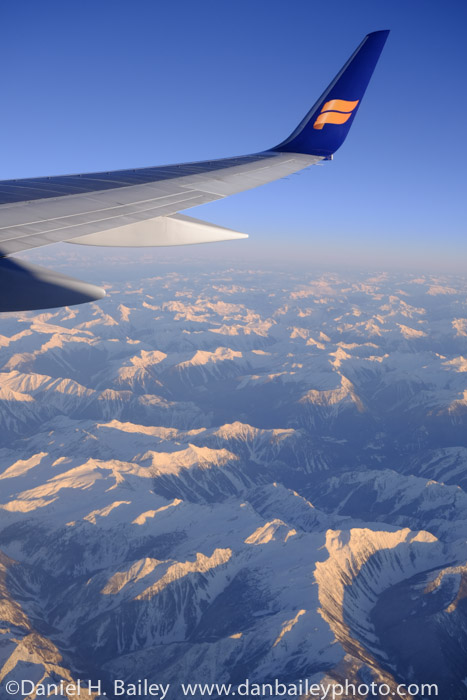 I used manual focus on this shot, with the XF 55-200mm lens. The very low contrast between the ptarmigan and the snow made it nearly impossible for the AF to get the bird in sharp focus, so I switched to MF and used the highlight peaking function.

One nice features on the X-T1 is that you can set it to zoom on your subject while performing your manual focus. This helps you make critical adjustments and fine tune for maximum sharpness. Even with the zoom set all the way out to 200mm, I was able to nail the bird in perfectly sharp focus. 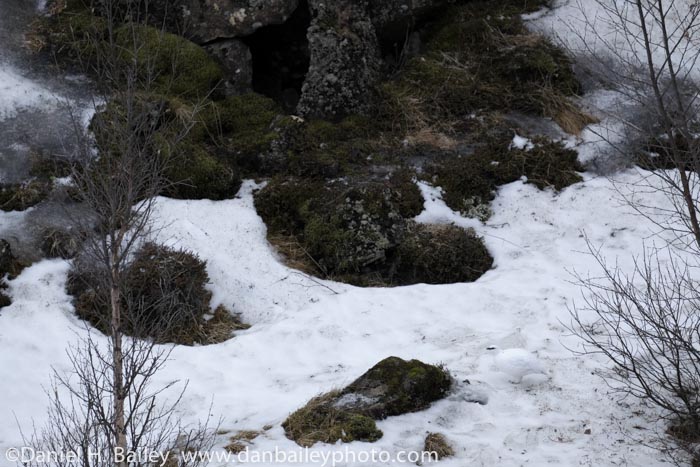 Here’s another image shot with the XF 55-200mm lens. This lens has excellent OIS image stabilization, because I was able to hand hold this shot with a surprisingly low shutter speed: ISO 200, 1/50 sec at f/9 with the lens zoomed out to 90mm (effectively a 135mm angle of view.) STD (Provia) film sim. Even at this distance, the X-T1 holds up with impressive sharpness. Click for the full size version. 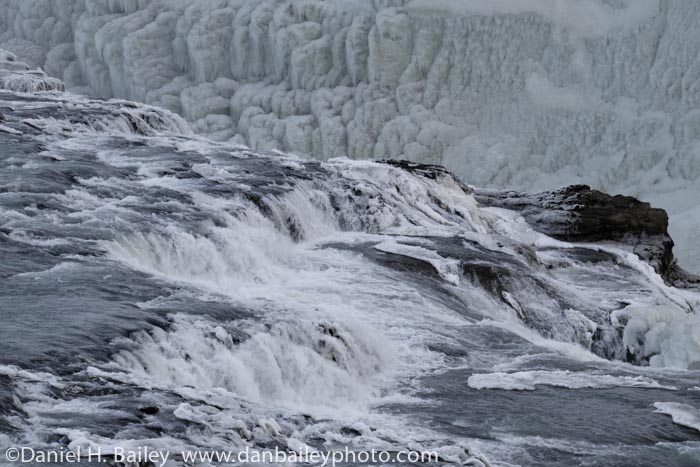 I love the film simulations on the Fuji X cameras. It’s probably one of my favorite feature on them, because it allows me to still get great looking images that I’m really happy with even when the light isn’t ideal. I’ll often throw my Fuji into BW mode when the clouds roll overhead. Dim overcast never looks very good in color and with my DSLRs, I usually put the camera away and move on, or else try to work a closeup subjects. With the Fuji film sims, I can quickly switch to a new mode and keep shooting. 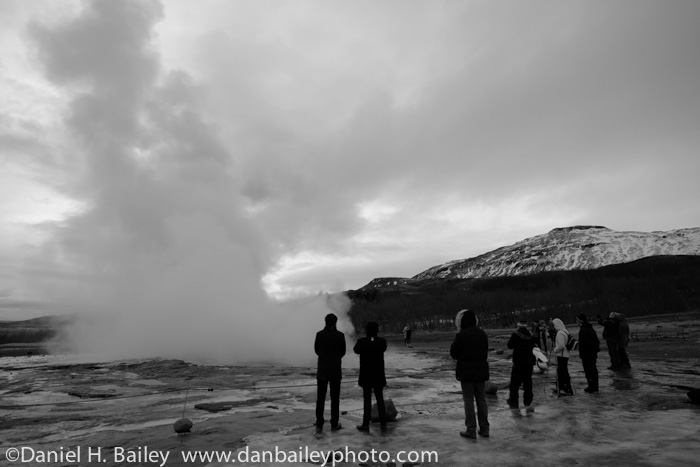 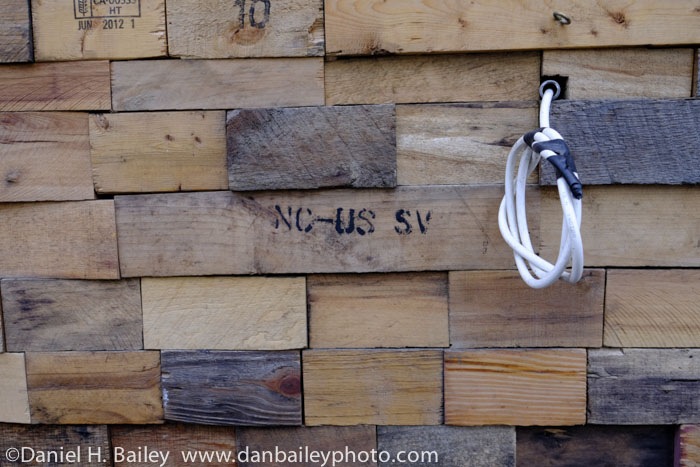 Another image shot on a dark winter day with the XF 55-200mm lens. I could never live without a decent telephoto and I’m pretty impressed with this lens. It’s very sharp and even though it’s not terribly fast, (f/3.5-4.8) the OIS works extremely well, and it still gives nice, soft backgrounds. 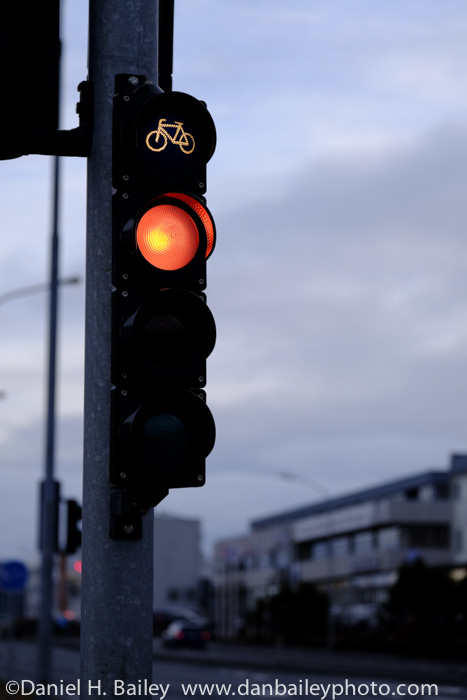 I’m normally not a medium range zoom guy. I prefer a fast wide angle prime and a longer telephoto zoom, however, the XF 18-55mm lens is a pretty versatile tool. I actually use it quite a lot. It’s very sharp and drops to a pleasing out of focus background behind your main subject.

With the lens zoomed to 21mm, I shot this at ISO 200, 1/60 sec at f/4.5, Velvia film mode. The red starts to oversaturate in Velvia mode, but it did that on film too, so I’d expect no less from the X-T1 Velvia film simulation. Click for full size. 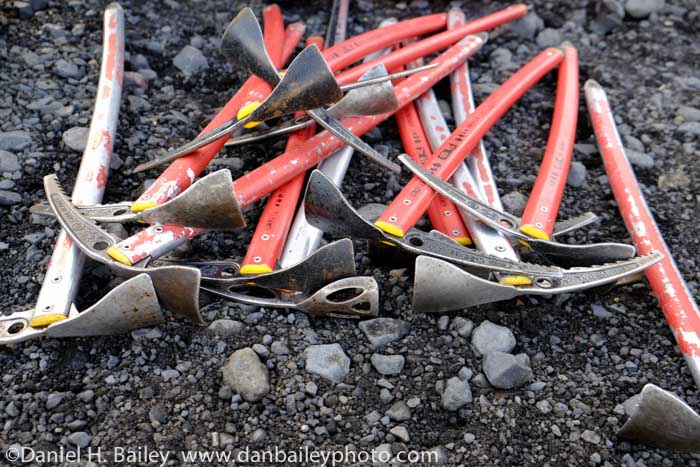 Another photo shot with the XF 55-200mm lens. Despite the extreme contrast of sun lit waves, white water and black sand on the beach, the X-T1 JPEG engine and EXR Image Processor II did an impressive job holding everything together. Shooting in RAW, you’d have even more control. Also, note how tack sharp the waves are by her feet. That 55-200 is very high quality glass. 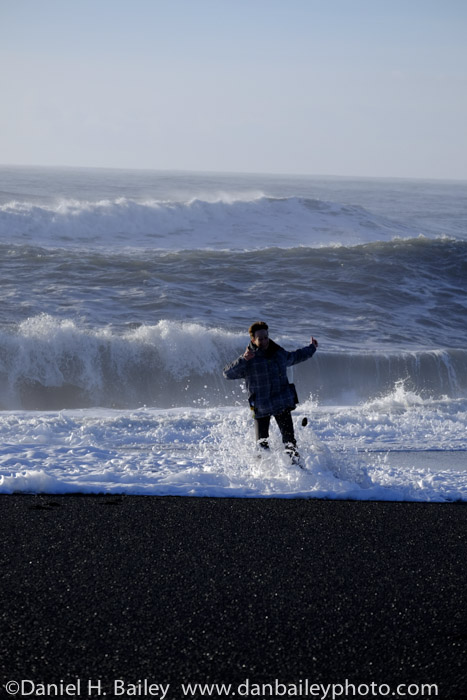 Reykjavik was long used as a forward allied air base for planes flying from the US to Europe and back during and after WWII. In 1973, this US Navy Douglas C-117, which is the military version of the DC-3 ran out of fuel and was forced to crash land in bad weather on the beach along the south coast of Iceland.

Word has it that later on, a local farmer came across the wreck and discovered that the second tank was completely full of fuel. Apparently, the pilot had switched to the wrong tank, and since the US had already abandoned the plane, the farmer ended up with a year’s worth of aviation fuel to run his tractors.

I made this photo of the plane with Eyjafjallajökull volcano in the background with the XF 14mm f/2.8, ISO 200, f/450 sec at f/8 in Velvia mode. Note how sharp that 14mm lens is!! Click for full size.

Although the sun was out on this afternoon, I just felt that the graphic nature of these basalt columns would render well in black and white. This images was shot with the extremely sharp XF 14mm f/2.8 lens, ISO 100 (default is 200, but you can set it to LOW ISO, which is 100) 1/75 sec at f/10 in BW mode. Click for full size. 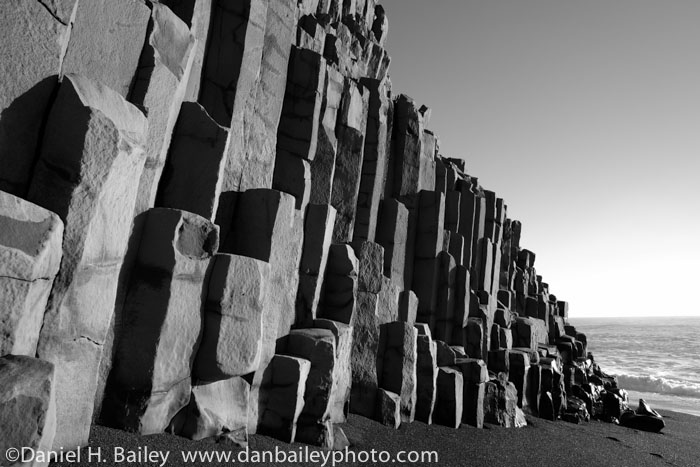 This is the only photo that I did any adjustment on. I shot it with a tripod and the tiny little XF 27mm pancake lens and brightened up the JPEG exposure in Lightroom. As I mentioned above, I also shot in this in RAW, so it will be interesting to see the difference in latitude and noise. That said, the JPEG still holds together pretty well, especially considering the short exposure time and somewhat high ISO. 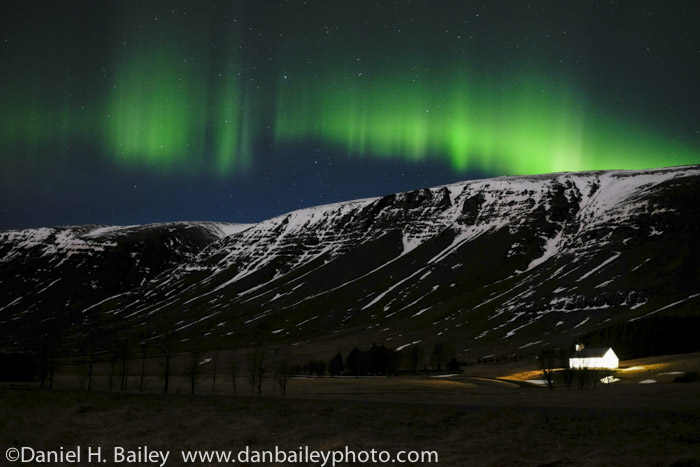 My last morning in Iceland, waiting outside my hotel for the bus to take me to the airport, I quickly captured this shot. I was the only time I saw direct sunlight while in Reykjavik. Being a coastal city, it’s often cloudy. Reykjavik is a lot like Anchorage.

The X-T1 and Fuji’s EXR JPEG Image Processor rules with shots like this. Minimal noise, tons of detail and superbly sharp. ISO 200, 1/600 sec at f/5 and STD Provia mode. With light like this, though, I should have shot in Velvia mode. I can always tweak a little more vibrancy out of this shot in Lightroom. Click for full size. 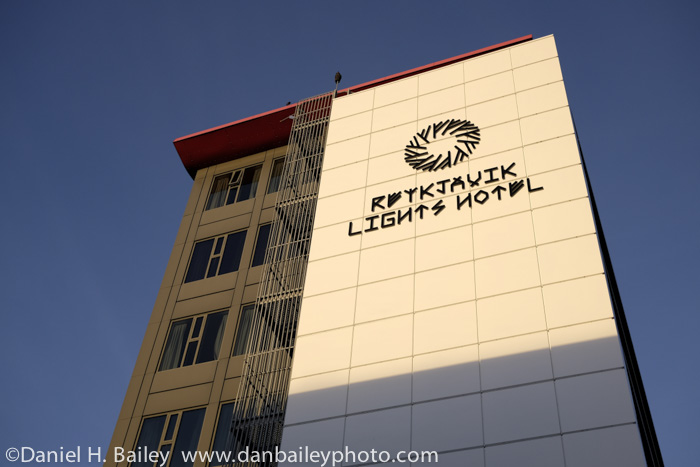 I hope this gives you an idea of how well the new Fuji X-T1 does in the image quality department. I’m super impressed with this camera and was so excited to have mine in time for the Iceland trip. I love how the files look, and combined with all the new features, it’s really a solid performer. Stay tuned for more review posts in the next couple of weeks.

Check out my full X-T1 review and field test. It’s a very detailed post with tons of real world information and more full size image samples. Also, I posted a few examples to show you how much information is preserved in X-T1 sensor when you shoot in RAW.

Support this site: B&H Photo is already shipping the X-T1 body, but the body/lens kits are still a few days away. There’s lots of excitement about this camera, so if you want one right away, you should think about ordering yours now. You can show your appreciation for the time and effort that it’s taken me to compile and write these detailed reviews by purchasing either the X-T1 or some of the Fuji XF lens through the links below. Think of it like a Like Button, only better, because it won’t cost you anything extra and it helps me out. Thanks! 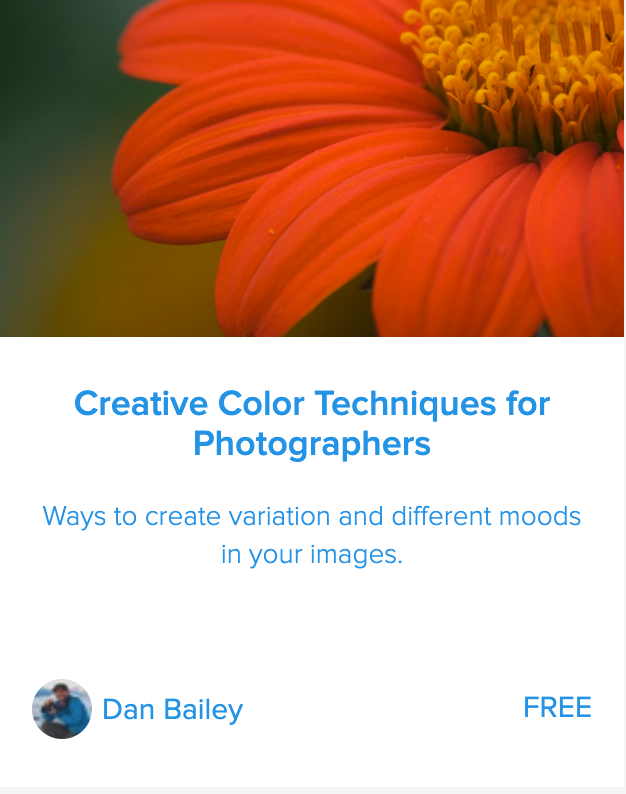