The new Fujifilm X-T3 has officially been released and it’s now shipping, so I thought I’d celebrate by showing you some more image examples to give you an idea of the quality and colors it can produce. (If you haven’t seen my full X-T3 review post, you can find it here.)

I took the X-T3 on a little flying adventure yesterday, shooting a variety of landscapes and mountain scenes. I started with some aerials, then landed by one of the glacier lakes and focused on closer up nature scenes and details.

I was pretty psyched to get out flying with the X-T3 yesterday. The weather was so bad during my initial test period last month, I went about three solid weeks without being able to get off the ground. I was like a kid in a candy store yesterday, hitting all my favorite places as I blasted off frames and tried out some of the new creative settings.

I remain as impressed with the camera as I was on the first time I shot with it, and it’s been fun to dig in and experiment with some of the new settings. I’ve even done some side-by-side shooting with the X-T2 to compare quality and color reproduction. I’ll get those images up in a future post.

I will say that the differences are slight. The X-T2 is still an amazing camera and it holds well up next to the X-T3 in terms of quality, but the new hardware and capabilities on the X-T3 definitely put it ahead with regards to performance and creative options.

One of my favorite features is the new B&W ADJ. Setting, which allows you to add a warm or cool tint to your ACROS and MONOCHROME images. The lead off shot above was made using the ACROS film sim and +7 on the warm side. (The adjustment is up to 9 steps on each side.)

The new sensor on the X-T3 has an even higher signal to noise ratio, which in layman’s terms, means less distortion, i.e. lower noise, and it has a lower native ISO speed of 160. This allows for even more sharpness and detail in your images.

Of course, packing 2 million more pixels onto the same size APC-C sensor means that each pixel is slightly smaller than the pixels on the X-T2. With traditional sensor design, smaller pixels mean less light gathering area, but the Back-Illumination architecture, which puts the wiring behind the photocathode light gathering layer makes up for this difference and actually lets in 1/2 stop more light.

Combine that with the new quad-core processor and the use of copper wiring, which yields better signal transmission and conducts at lower temperatures, and you get fantastic light gathering capabilities, superbly sharp detail and even better low light performance. 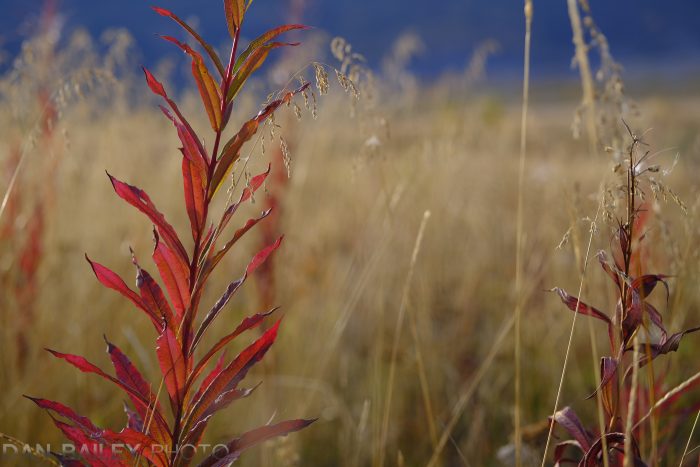 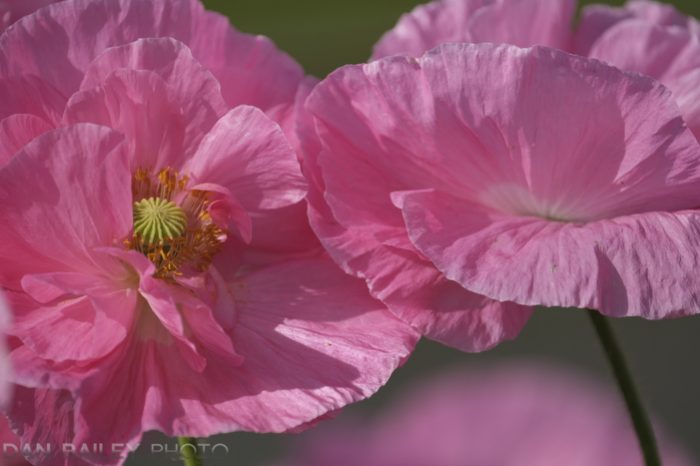 I’m rather intrigued by the new ETERNA film simulation. Designed primarily as a color profile suited for motion pictures, it has an even lower level of saturation and tonality than Pro NEG.STD, making it the most muted of all the Fuji film sims.

I wasn’t sure what to think at first. Honestly, my initial impression was that it was way too flat, but after trying it out, I recognize how it can be effective in certain situations. As much as I love Velvia and bold colors, there’s something very cool about pulling back and being subtle with your color. It activates the imagination of the viewer in a different way.

It plays right into the notion that photography isn’t about exactly reproducing your subject matter, or always bumping the colors and tons way up, it’s about creating a representational idea of your subject in a way that draws your views in and engages them as an active participant in the viewing and interpretation process of your images.

Where Velvia gives that “larger than life” look to your imager, ETERNA pulls back and “suggests” your subject with a softer, less “in-your-face” palette. It invites the imagination in different ways. It’s not dull, rather it’s meant to symbolize. Black and white imagery does this as well, and the new BW warm/cool tints only add to this effect.

In playing around with the body, I’ve had more time to notice and appreciate the slight design differences that Fuji put into the X-T3. As I mentioned in my review, it’s very similar to the X-T2, but the body is a tiny bit the X-T3 is about 1mm deeper from front to back.

In addition, the dials on the X-T3 offer slightly more resistance and the main buttons and the front and rear command dials all press with a noticeably more forceful “click.”

I really like the new LCD “swipe gestures,” which effectively operate as four additional Fn buttons. I set “left swipe” as yet another Playback control, which gives me three total, since I like to set the AF-L button as a Playback button too.

Another plus is that you don’t need the vertical grip to shoot at ultra high frame rates. The X-T3 can go up to 11 fps with the mechanical shutter and up to 30 fps with the electronic shutter, even without the grip. Of course the grip gives you more battery power. 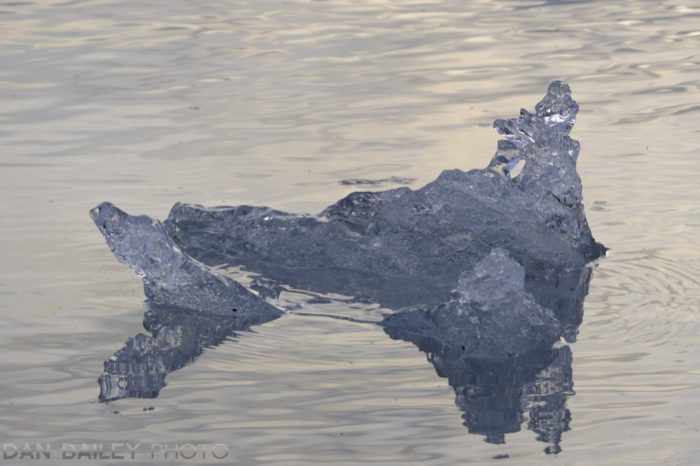 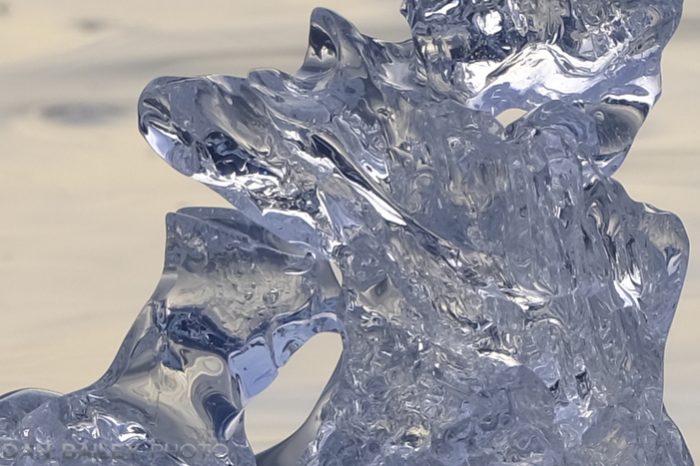 Another addition is the new COLOR CHROME EFFECT. Based on a Fuji fortia slide film that had even more vibrancy and contrast than Velvia, the X-T3 is able to add increased tonality to any film sim with either a STRONG or WEAK setting.

Here’s an example of the COLOR CHROME EFFECT applied to a Velvia image at the STRONG setting. As you can see, it adds a very small amount of color saturation and shadow detail, most noticeable on the main leaf. 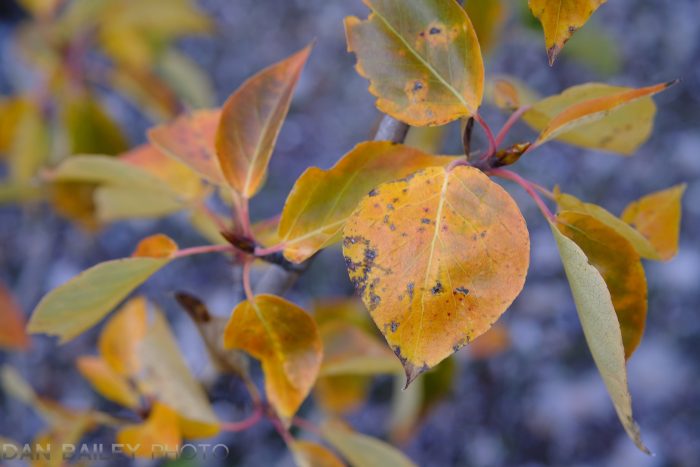 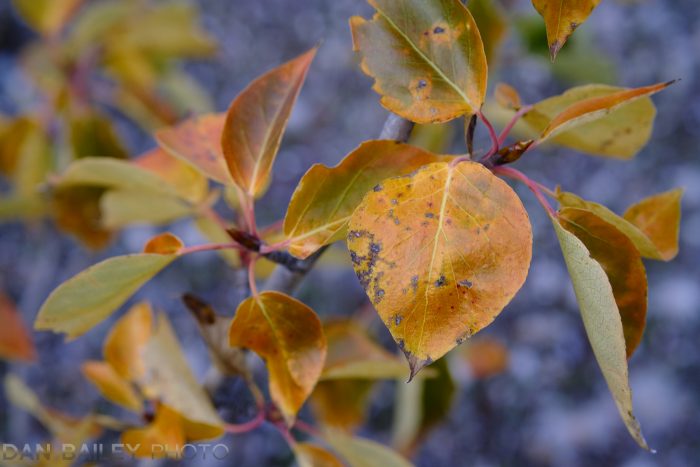 I’m looking forward to putting the X-T3 through even more tests as well go forward this fall. I plan to shoot cyclocross with it this weekend. Right out of the gate, the X-T3 has already proved itself to be an incredible camera, retaining everything that’s great about the X-2 and adding some impressive new features and performance upgrades.

And, I’m sure you’ll be happy to hear that I’m already working on the next revision to my X SERIES UNLIMITED eBook. The next update will include the X-T3 and all the recent firmware updates that Fuji released since this spring. For anyone who has purchased the book, you’ll get an email notification when the new version is ready for download. I’m hoping it will be done within the next two weeks or so.

As of today, B&H has the X-T3 in stock, so if you’re hoping to get one, you can order the camera here. Or visit your local dealer, they should have them by now as well. 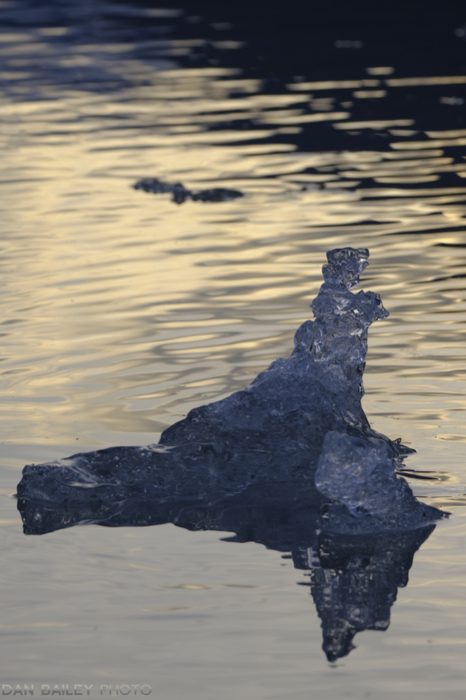 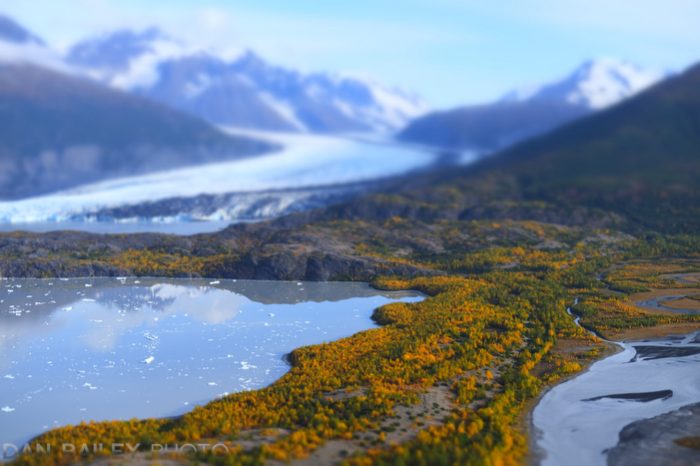 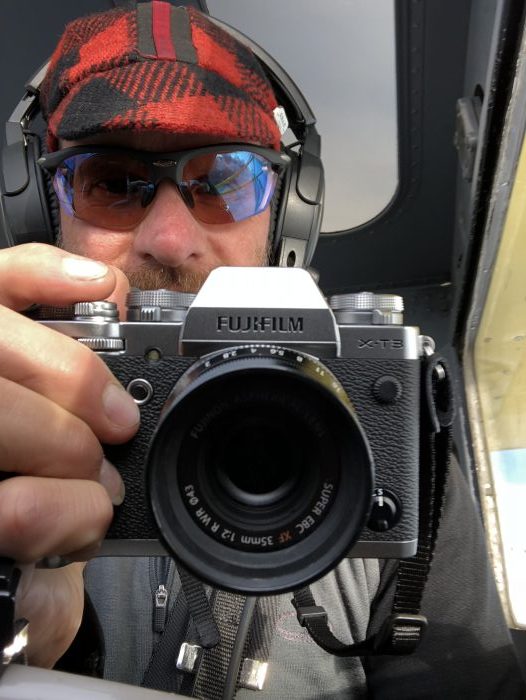