I’ve never been much of an organized events guy. That’s not to say that I’m not competitive, it’s just that throughout much of my life, I haven’t felt compelled to enter established endurance races. I’ve just always made up my own endurance events that usually involve just me and one or more partners, a climbing rope, a pair of skis or a bicycle and a few mountains in between.

This past weekend, however, I completed the Susitna 100 winter endurance race on my bike in 25 hours, 56 minutes. It was my first 100 miler and in fact, my first race that was longer than a half marathon. It was also the first time I entered an official bike race since my 7th Grade BMX days. Don’t get me wrong, I’ve had many a long sufferfest in the outdoors, just not quite like this. 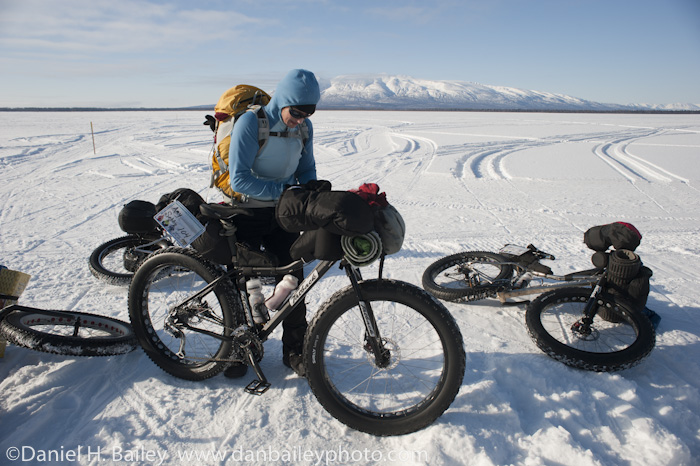 I actually did the race with my wife Amy. It was our Valentine’s date, and we managed to stay together pretty much the entire time. She’s an experienced ultra runner and although I’m generally a much stronger biker, I found myself struggling to keep up with her during the night. After 12 hours or so, she’s just getting warmed up and can keep plodding along without much rest.

Having had no prior experience “racing” for that amount of time, I really had no idea what to expect regarding how my body would handle the sustained physical exertion of pedaling and pushing the bike on frozen swamps and rivers, my caloric needs, and the cold, which I’m told dipped to -16 during the night. It was probably colder down on the river.

Although I took a wide variety of food with me, what seemed to get me through was my half frozen homemade pizza, a box of Little Debbie Swiss cake rolls and those PowerBar gummy chews. Fat, sugar and more sugar. Fat at the checkpoints and sugar on the trail. 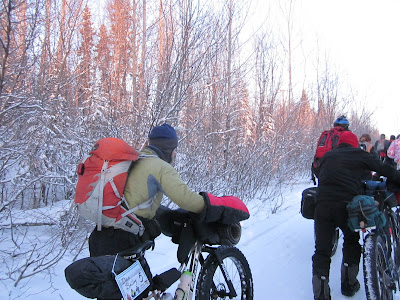 Me, pushing early on in the race.

Overall, it was an immensely satisfying race and I feel great about the accomplishment, the new friends that I made during the event and the chance to ride my Fatback snow bike up and down frozen rivers and through the Alaskan wilderness in the dead of winter, and for over half of it, through the dead of night.

Oh and what about all the photos that I shot? If you read last week, you might remember that I had planned to take my Nikon D700 and two lenses on the race with me and document the experience. I had grand visions of capturing all these great images of human struggle in an amazing environment and…

Well, what can I say. I got so excited racing that I only shot 40 frames. I even stowed my camera into my backpack at the halfway checkpoint, where it lived until I got home the next day.

I guess that I was in “race mode” and not “photography mode.” I’m ok with that, because it was such a new type of experience for me, and after all, it was primarily a race, not a photo shoot anyway. Interestingly enough, this is probably one of the main reasons that I’ve rarely entered official races in the past, but I suppose that it’s good to do different things in life, right?

At any rate, here are just a few of the shots I took during the first half of the race. If I do the race again next year, I’ll leave my big camera behind and maybe just take a point and shoot, which is what I considered doing in the first place. Oh well, you live and you learn.

Also, here’s a great narrative from one of my new friends Danielle Coffman who entered the Su 100 this year on foot. She does an awesome job of telling it like it is, especially for those who brave the race without skis or bicycle. 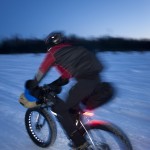 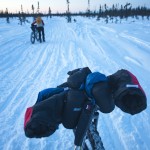 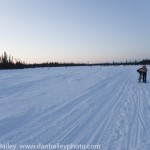 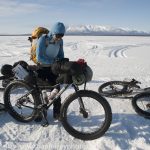 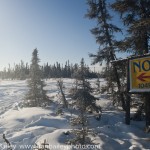 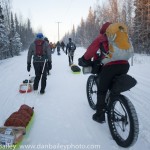 Will We Ever Return to The Good Old Days of Stock Photography?
First Person Adventure Photography- Shooting Snow Biking, Alaska
Be Honest: Are Your Photos Really That Good?
$20 Rice Paper Light Modifier - Great Light, Cheap
March Skiing in Alaska
More Hot Photography Gear Deals
You Never Know What Kind of Magical Light Will Befall You
Luminar 2018 Announced for Both Mac and Windows