Will We Ever Return to The Good Old Days of Stock Photography? 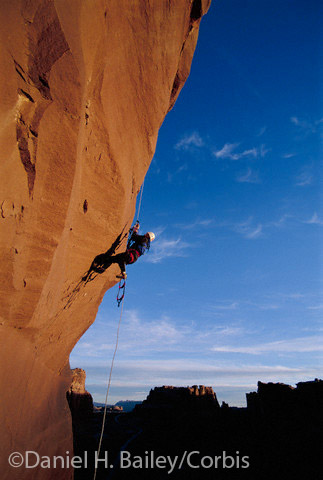 Many photographers pine for the “good old days” of stock photography, when they made big incomes from their agency images. In those days, if a photographer had a handful of catalog images with the right agency, they could make tens of thousands of dollars each year from stock.

In a post on John Lund’s Stock Photo Blog, travel photographer Glen Allison recounts that he earned about three million dollars over a fifteen year period from the images that he had with Tony Stone. He goes on to specify that those earnings came from a collection of less than a thousand images that were licensed over 60,000 times.

Other photographers have similar stories from their tenure at the big agencies like Tony Stone, The Image Bank, FPG and Westlight. These were some of the biggest names in the industry in the 80’s and 90’s, which many consider to be the golden days of stock.

Where are those companies now? They’re all gone. Tony Stone, TIB and FPG were all bought up by Getty, while Westlight was acquired by Coribs. In fact, almost all of the big agencies of the past either closed up shop or were bought by either Getty, Corbis or Photolibrary. There are very few big independent agencies left; Canadian based Masterfile remains of the only ones.

As it stands now, if you want to be in the game, you either need to be with one of the big three, or else get in with a smaller niche agency like Alaska Stock and Aurora Photos. Or you can throw your lot in with everyone else at Alamy.

However, these days, it almost doesn’t matter what agency you’re with, since stock incomes are way down. The economic downturn has shaken up the industry so severely that some photographers are literally clueless as to whether stock will even continue to be a viable income model for their future.

Thus, the question we all want to know is, will we ever see a return to the good old days where stock photography produces the type of bread and butter income that many photographers saw in previous years?

Sadly, the answer is “not likely,” but that’s not simply because the economy is so bad. Despite what we want to hear, the stock photo industry is only following the natural trend that many business models take as they evolve.

In many ways, the stock industry is riding the same rocky road that led to the dot com boom and bust of the 90’s. Remember what happened then? People invested heavily in a relatively new industry and saw enormous returns. Eventually, the field leveled itself out, and as more people got into the tech industry, average incomes flattened. Businesses that had a solid model and highly marketable services or products continued to do well. Those that didn’t, failed.

Although the stock photography model has been around for decades, it wasn’t until the 1980’s when it really gained momentum. Before then, the industry was comprised of a relatively small number of magazine and commercial photographers who made money by licensing their assignment outtakes. By the 80’s, competition increased, as did the need for more conceptual photography, and photographers began shooting very stylized imagery specifically for stock. Quality and incomes rose sharply and the entire industry flourished.

By the 90’s, the stock photo industry as we knew it had reached maturity, and like just about every other industry, it underwent a brutal period of consolidation and reorganization as the digital age took hold. The number of potential markets increased dramatically, but that required every agency to invest heavily in new technology. The larger companies were better able to afford and adapt to the new online business model. Many of the smaller agencies simply couldn’t raise the cash and they offered themselves up for sale or struggled to remain afloat.

In order to remain competitive, agencies began experimenting with new pricing models that contrasted heavily with the traditional rights managed model, first with royalty free, and now with microstock. Although many people argue that low-ball pricing structures have hurt the industry as a whole, we need to recognize that it makes sense to offer lower licensing fees for commonplace images that are targeted for smaller, less visible markets.

Unfortunately, where the promise of rights managed exclusivity has traditionally lured high end clients in the past, the recession, combined with market saturation, has left many photo buyers turning towards royalty free and microstock imagery in unprecedented numbers. As the economy improves, we shall see how many of those clients return to using rights managed imagery again. There is actually evidence that microstock sales may have peaked.

Finally, as online technology has opened up vast new markets to image suppliers, it has also dramatically increased the number of potential contributors. What has resulted is the “Crowdsourcing” phenomenon that has also taken hold in many other content based industries as well. Crowdsourcing isn’t necessarily a bad thing, because there are a large numbers of photographers, graphic designers, musicians, artist and writers who have gained new creative outlets and income opportunities for their artistic efforts, me included.

So, bottom line, how do we as photographers deal with this rocky road? Unfortunately, there is no easy answer. As the global economy continues to climb slowly out of the recession, we can expect that some high end clients will indeed return to using higher priced, rights managed photography. Why? Because the perception of image matters.

For the same reason that some people will drive a Lexus instead of a Kia and buy their furniture at IKEA instead of at Wal Mart, clients looking to create high end content recognize that you get what you pay for. Image costs money whether we’re talking about an actual image or an automobile, and if people and companies have money, they’re usually willing to trade it for that image. It’s simple human nature. Also, read Jim Pickerell’s thoughts on why some customers will always pay more for stock.

That said, market saturation of available stock photography makes it less likely that someone will actually find and buy your image, so the key to long term success for photographers is to diversify. Photographers should still continue to contribute heavily to a good agency, but they should work hard to build their photography brand in other areas outside of traditional agency based stock as well.

This means continuing to look for a variety of assignment work, marketing imagery online with strong SEO skills, and coming up with original ways to find new clients and income streams, both globally and locally. As some industry experts maintain, photographers should even consider shooting video, as well. I have added writing to my own business model, and over the past year, it has definitely helped me increase my overall income.

Take a cue from local retailers. More than anyone, they’ve had to deal with the onslaught of low prices and endless competition on the web. The stores that remain successful are the ones that continue to find creative ways to attract and retain customers. Photographers need to do the same.

So, to answer the initial question, no, we’ll probably never see a return to the good old days of stock that we saw in the 80’s and 90’s. However, the market is still emerging, and if you continually produce quality work and get it into the hands of a good agency, you can count that income as one part of a diverse business model. In this day and age, the economy is far too complex for anyone to rely on a single revenue stream.