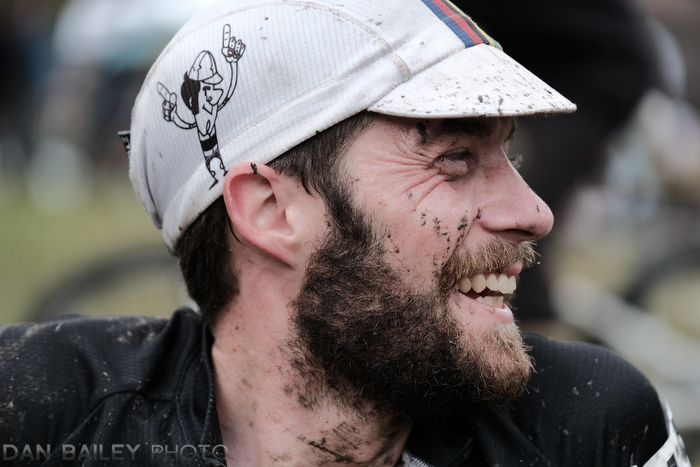 I shot a lot of bike racing this season. Between the summer road racing crit series and the incredible cyclocross season we had here in Anchorage, I burned thousands of frames through the camera.

I had a blast running around with my X-T2, looking for different vantage points, shooting in different color palettes and film simulations and capturing a wide variety of wide angle and telephoto scenes during the races.

However, some of my favorite race images from the summer came after the action was already over; when everyone was tired, relaxed, and covered in a thick layer of mud and sweat. This is when expressions of intensity turn to elation and exhaustion, when the best portraits are usually had.

The top image is my friend Alec, who had just finished a grueling, 50-minute cyclocross race that had a crazy mud pit. We’re talking a couple hundred feet of ankle-deep muck that chewed you up and spit you out. Endless opportunities for heckling and cheering for all the spectators.

Alec’s expression says perfectly just how laughable that section was. We all laughed about it. How could you not? Seriously, how are you even supposed to ride a skinny tire bike through a giant muddy trench? That’s the point. It’s cyclocross. 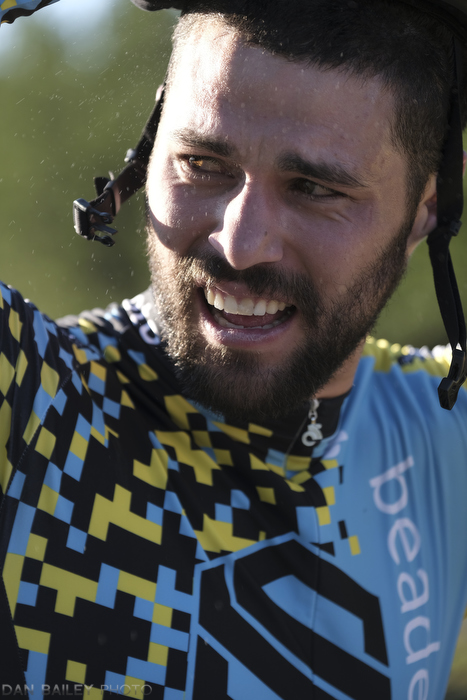 Like this photo of my friend David. It’s one of my favorite post-race shots of the entire season. Maybe ever.  He’d just finished the “A” race, where he pretty much rode full-tilt for the better part of an hour, while chasing the lead racer around the 1.5-mile circuit. David likes those short courses; he’s done a lot of track racing in the past, so these crits are right up his alley.

This was a split second shot, the middle frame in a series of 3 images, shot at 8 fps with the XF50-140mm f/2.8 lens. I barely got it, and as you can see, it happened so fast, I didn’t even have time to compose- I just swing the lens up and fired.

I would have liked to get his helmet in the shot, but with everything else that’s going on with his expression, the light and the cascade of sweat droplets falling down around his face, I can live without the lid. After all, you don’t have to show everything- sometimes abbreviating the scene makes it even more powerful.

And here’s the guy who beat him, below. Joey is one fast dude and he set a blistering pace during that heat, making everyone else chase him with almost laughable futility.

I love this shot as well; the light out there was so awesome during these evening races, and the red works so well against the shaded background.

So, have fun shooting action out there, but remember to keep your camera at the ready and look for those moments after the action is over. Sometime that’s when the most memorable shots happen. 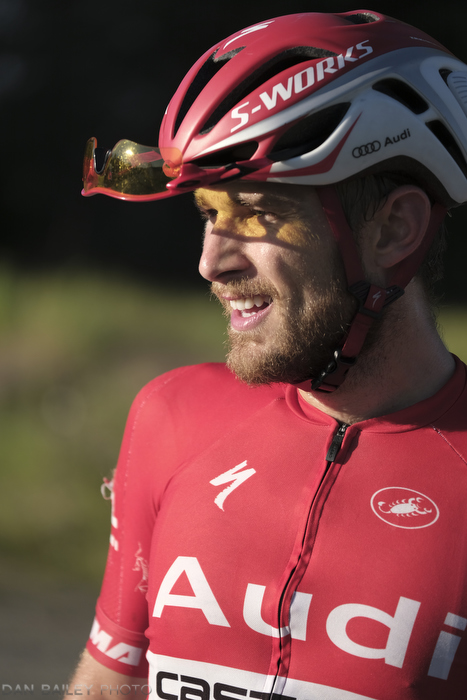 Competition Makes Us All Better Photographers
What Can You Do With a Short Telephoto Lens?
Lighting the Bike Shop with Nikon Speedights.
Sh*t Photographers (NEVER) Say.
The 3 Best Books for Learning Adobe Lightroom 4
My Summer Hiking Photography Gear
Photographing Icebergs by the Light of the Moon
Review of the Actus Mini View Camera for Fujifilm X Series